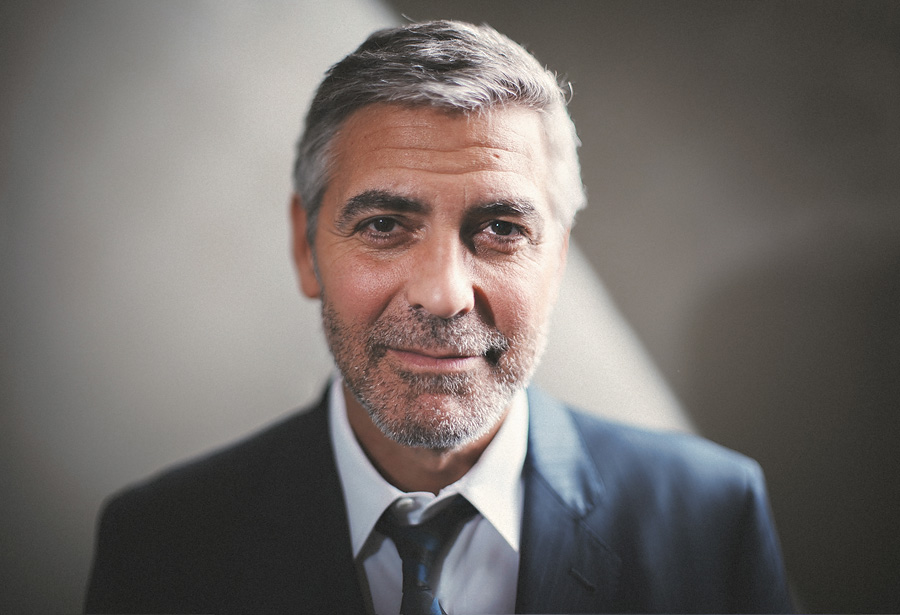 I wanted this portrait to be a bit dark and moody because of the issues George Clooney was drawing attention to in Sudan. I had tried this lighting setup in a few tests and liked how the snooted light as the main light casts the harsh shadows on the subjects face. It’s not soft and dreamy like my Danica Patrick portrait. Using the parabolic light modifier feathered heavily on a side provided an interesting gradient and background with quick falloff.

I had a day to prepare for my portrait of George Clooney. I have about 60 seconds to make the actual image with him. No matter how much I plan or conceptualize what I want a portrait to be like there’s almost always a big stroke of luck on my side. Literally having time to only get a few frames means I have to be ready to rock and roll asap. Especially if I want to try for a few different looks/expressions.

This portrait was made the day after George Clooney returned from a recent visit to Sudan. I was told he was even wearing the same suit that he was wearing when he got off the plane in NYC. He spent an entire day doing interviews with major news networks and radio shows before I had a chance to work with him. In fact, even though I had setup my lights and positioned them roughly how I wanted I was told that he would probably not have time for the portrait because he was running a bit late. As luck would have it he took a look at my setup and decided he had time for me to take a few frames. I quickly ran around and turned all my equipment back on. Thankfully, I already had my ratios set for what I wanted and all I had to do was try to place him where he needed to be and my lights where they needed to be. No time to adjust once I started taking the actual photos. This is where having the modeling light capabilities of the studio lights has a huge advantage for me vs. speed lights. I can see where the light is hitting before I take the image.

Here’s a setup shot from my iphone. 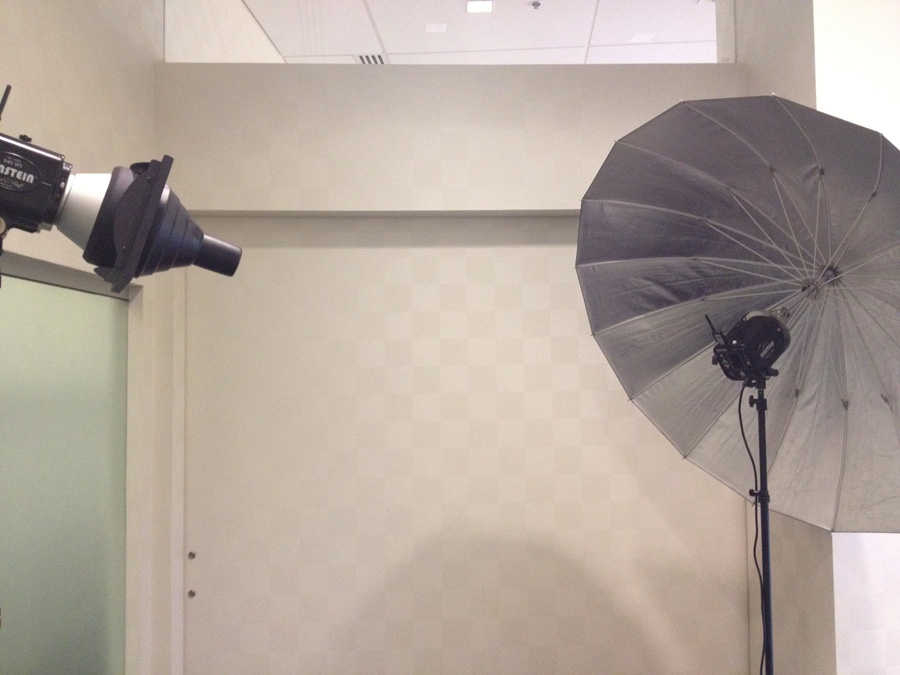 and yes… an old receipt with my strobe power settings was in my pocket – just in case. 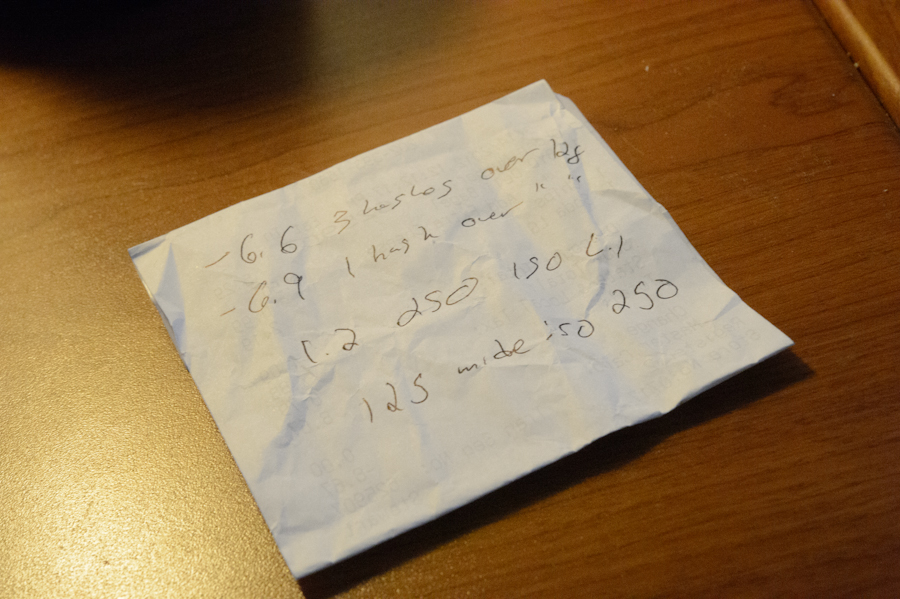 I’m incredibly happy with this portrait considering the tight time restraints I was working within. He’s definitely not a hard guy to photograph. I really like him in this portrait because he’s got a bit of a “working man” look to him. Many of the other portraits I’ve seen of him have him perfectly styled, but here his collar is unbuttoned and his general demeanor strikes me as if he’s had a long day of work and travel… which he had.

The very next day he was arrested with his father for protesting in front of the Sudanese embassy and made headlines all over the world.