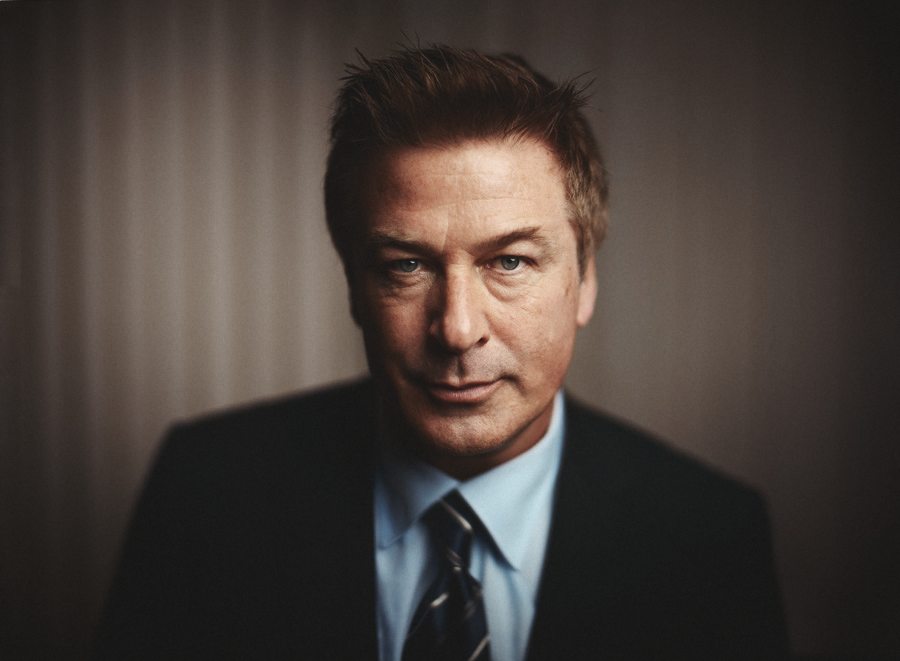 Create a simple & dramatic portrait with a single light source

I developed many concepts in preparation for Alec Baldwin’s portrait. I wasn’t entirely sure what he would be discussing during his luncheon speech as it was TBA until the day he arrived. So, I mainly focused on developing a serious and moody portrait which I thought would be representative of how his character Jack Donaghy on 30 Rock would want to be portrayed.

When I first found out I would be photographing Alec Baldwin I was disappointed because it was smack-dab in the middle of the week I was planning to be photographing around California. I decided to go ahead and book a flight in the middle of the week and fly back to DC for a few hours then turn back around and continue my CA trip. Of course, once I had that all booked up I found out the luncheon date had changed to a Monday so I had to rebook yet again and in the end just decided to leave a few days later than originally planning. What does this have to do with the portrait? Nothing.

So, now is as good a time as any to talk about how I prepare for portraits and develop concepts and just practice in general. As much as I’d like to say I can throw up any huge light source and instantly create a compelling portrait it’s just not true. It’s a lot of work learning how various light modifiers will look and interact with each other… especially since I’ve had no training. It’s also important to learn any and all of your gear through and through so it’s not even a thought to set it up and make changes. The only way to get good at both of those things is practice. Time and practice. There’s no really way around that. So, because I don’t shoot very much (ever) in photo studios with models I can hire I had to suck it up and do the only thing I could think to do to study studio lights… buy a mannequin. Yup. An inflatable mannequin. It’s pretty awkward walking around the press club with the thing, but I gave it a shirt and bought a creepy mask to make it even more awkward.

So, here are some concept photos I’ve taken with my faithful poser. 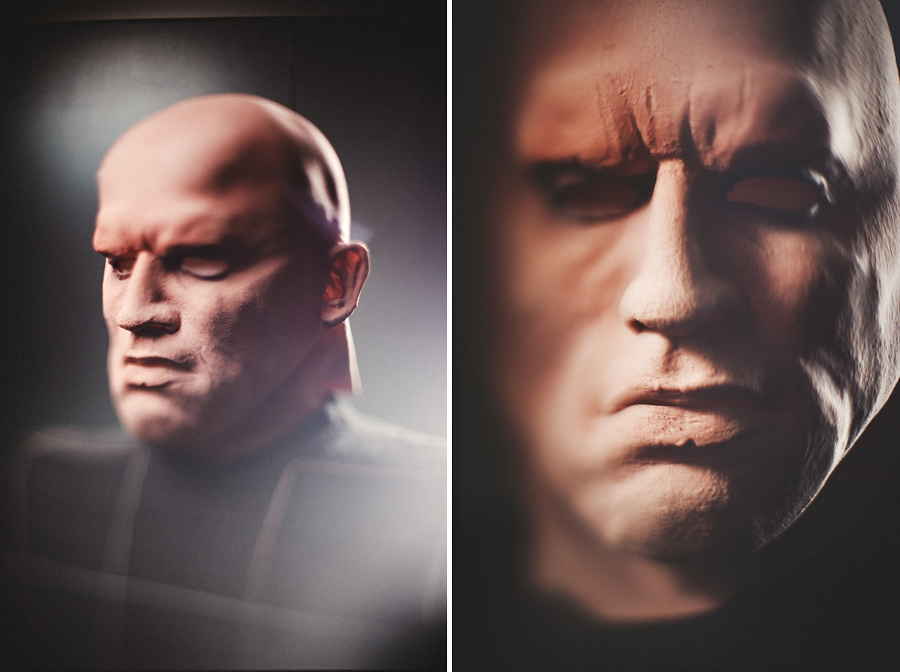 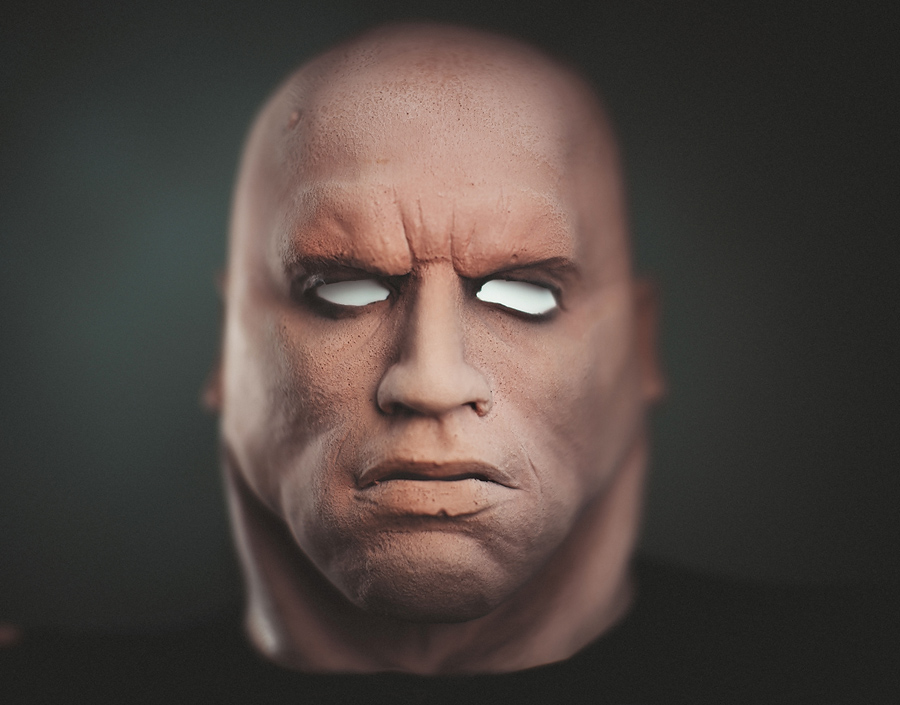 So, that last image is actually what I decided I’d go for with Alec’s portrait, but you can see… my portrait looks almost nothing like it, haha. When I began packing up my gear on the morning of I wasn’t feeling it. I had this weird urge to just keep it simple. One light. It can be so satisfying to push yourself by creating intentional bottlenecks.

I’ve learned over the past few months working with this setup is that inches matter. Centimeters matter. The smallest change in positioning of a light or a subject will completely make or break a portrait. It’s kind of annoying, but satisfying when it all comes together.

I’ve been very lucky in my mini-photography-career to have access to tons of variations of photography equipment. Lenses, camera bodies, lights, modifiers… I’ve acquired more than anyone ever needs and recently I’ve found that by scaling back and making things simplified my mind is free to think more about the contents of my images and not what I am using to make the photos. Not sure if that makes sense, but oh well.

So, Alec Baldwin’s portait is very simple. I feathered the one 35″ octabox (it had the diffuser on it) very heavily so there was dramatic falloff. It definitely compliments the attitude of his expression. I also love how his shoulders are imbalanced. It almost seems like he’s slowly walking out of the photograph toward you. It’s very engaging in my opinion.

Mr. Baldwin was very kind and actually really funny. As I’ve noticed with most actors I’ve worked with he’s direct and clear about what’s going on and expects the same from others. The shot took a few short clicks, a light adjustment, and a well placed 30 rock joke and he was on his way.

Keeping it simple can be a good thing.