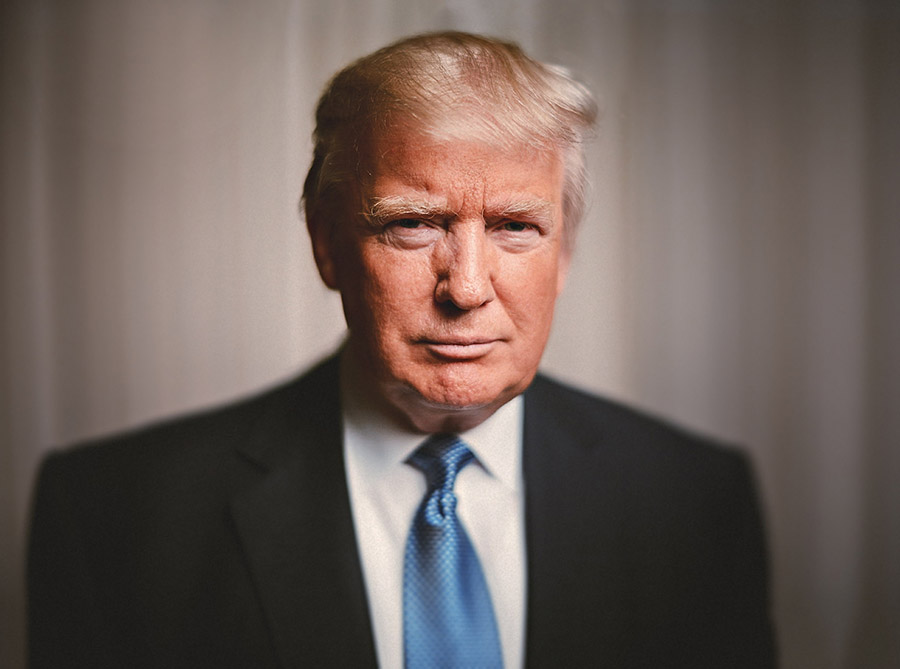 Create a tasteful portrait while being stuck between a rock and a harder rock.

Practice what I know.

At this point I’ve decided that I know my look for this series. I love the 3 shot stitched bokeh panorama and I’m sticking with it. It’s mine, and I plan to continue using it for many portraits in the future. As always, I was stuck in a fairly undesirable location, but using the parabolic light modifier I was able to create that  painterly light that I love so much. It’s all about feathering the light along the edge so that it has a harsher impact on the subject but a soft gradual falloff in the shadows.

I was introduced to Mr. Trump and a few moments later I was photographing a receiving line of 125 people. It’s really intense work doing this kind of thing, but I rather enjoy it.

Shoot what you’re compelled to shoot and your style will define itself over time. That’s what I’ve done with this series and I’m super happy with it.