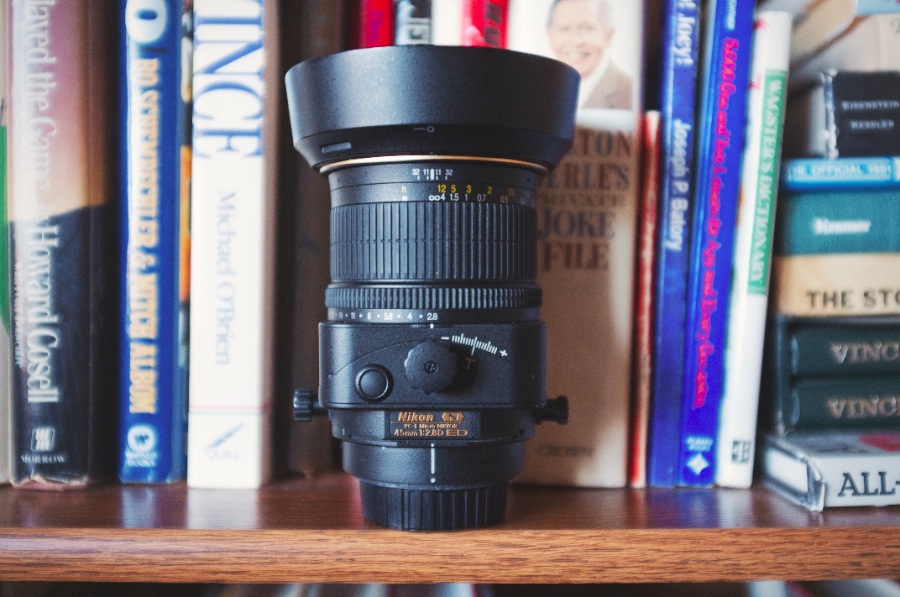 I finally bought my first tilt shift and I’m glad it was the 45mm focal length. It was a struggle figuring out which lens to purchase. Nikon makes them in 24mm, 45mm, and 85mm. I’d say if you need, or can afford, only one of these amazing lenses… go with the 45mm.

Tilt Shift lenses are tricky beasts to master, but they allow for some really unique and powerful imagery. You can really isolate and direct the focus of an image in a way that traditional lenses sometimes can’t pull off. The nikon 45mm PC-E is a optically incredible and a perfect focal length for those of you who can’t afford more than one (I sure can’t), but the 24 PC-e and 85 PC-E are pretty stellar too.

Epic. This thing is built like a tank. It kind of has to be with so many moving parts. The core casing is mostly metal from what I can tell and being that it’s a strictly manual focal lens they made the focus wheel gigantic and smooth. 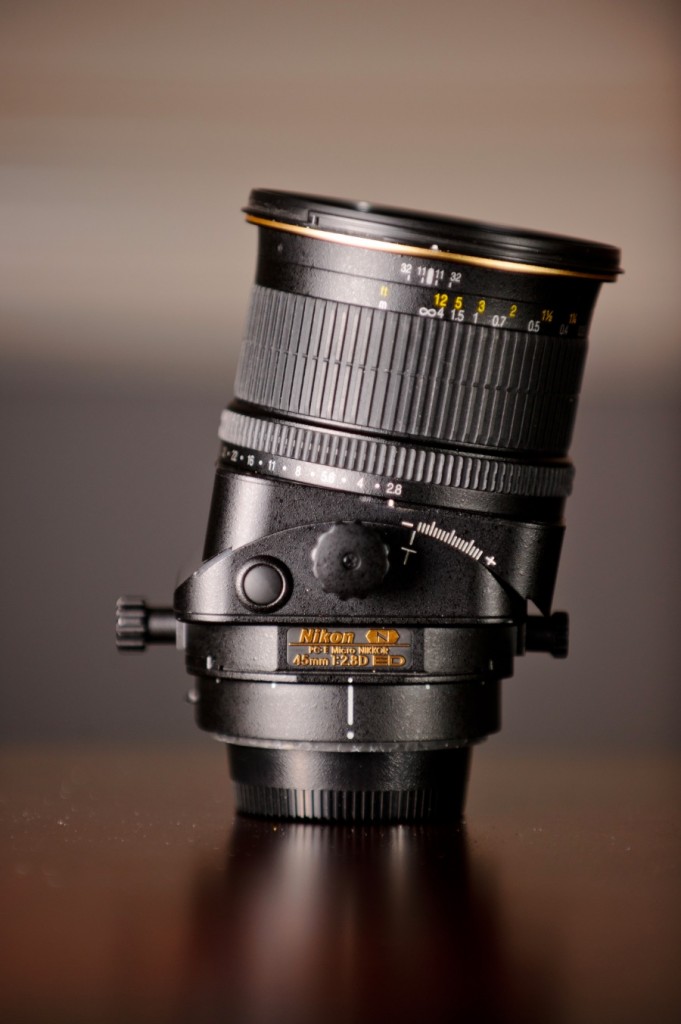 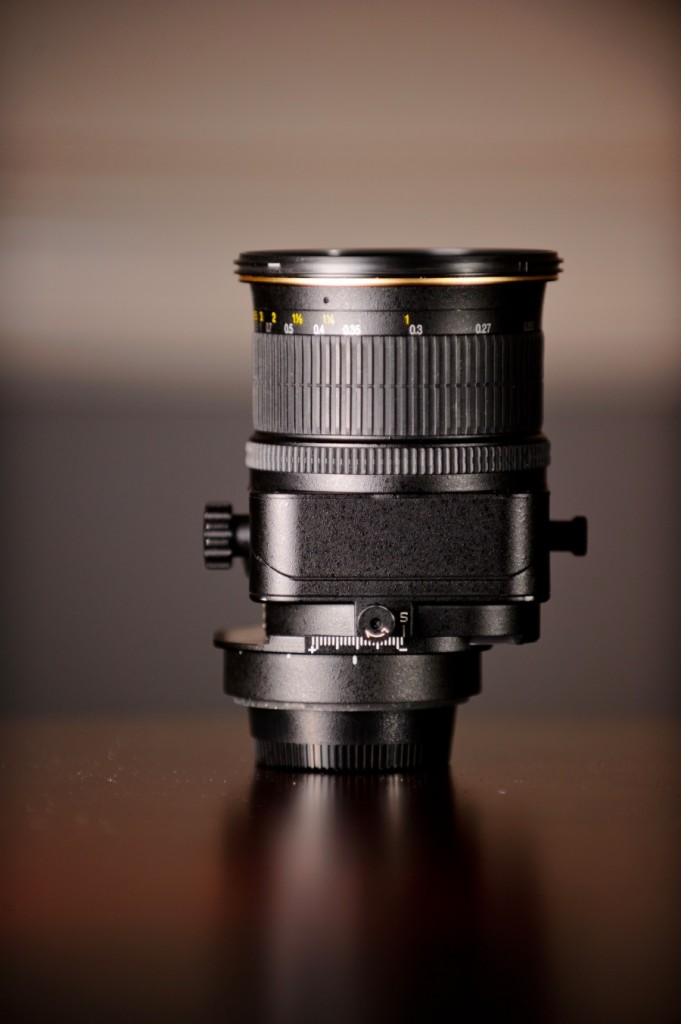 Tilt shift lens are a bit of a mystery when you first start researching them. What is this “shift” knob and should I “tilt” and “shift” at the same time? Which directions and for what purposes? Well, I’m not going to write this as an instructional on how to actually use tilt shift lenses, but I’ll say the clearest way I’ve come across to explain just how the “tilting part works” is this: 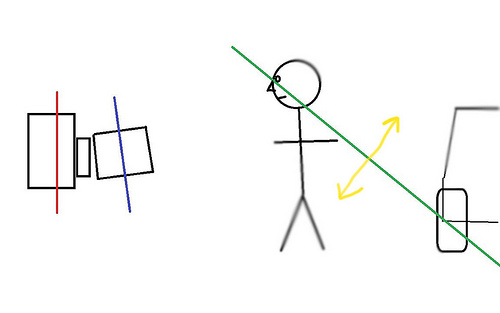 I almost never ever use the shifting aspect, as it’s more appropriate for straightening lines for architecture photographers and such.

The sharpness of this lens is unreal. I mean it’s probably the sharpest lens I own. It kind of has to be ultra sharp with so much glass moving around. That being said it’s PAINFULLY obvious and unforgiving when you miss your focus mark. It takes a lot of practice to get accurate and consistent focusing with this thing. The best way I decided to quickly get good? Use it during wedding receptions. It basically forces you to quickly learn how to use this beast and what the heck to look for when tilting and focusing. Give it a few hours in constantly changing lighting, people, and environments and the next time you pull it out for a portrait will be literally just a walk in the park

The huge plus with the Nikon 45 PC-E is that it doubles as a macro lens. At 45mm it’s kind of an interesting focal length for macro work, but it does and absolutely fantastic job – and I almost never bring my 60mm macro anywhere now. The manual focus only is actually a plus in this aspect as anyone who’s ever tried to auto focus a macro lens knows it’s almost always easier just to do it yourself manually.

A nice example of the macro ability: 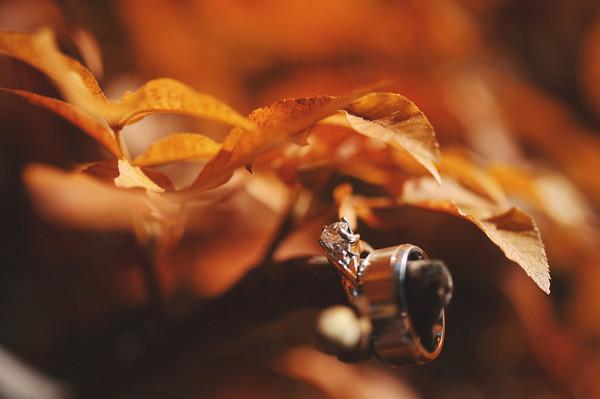 Now, onto the bokeh. It’s pleasant but can be a little distracting sometimes. I’m not talking about where the bokeh is in the frame… I’m talking about the actual quality of it. It’s not really super creamy and it’s not really hard or anything. Just a bit distracting when mixed with certain elements. This lends itself to making you chose wisely about when you actually decide to use the tilt effect. When using this lens I try and always keep in mind “use the tilting effect to reinforce and enhance an image rather than making the image about the blurring effect. Make the effect enhance the subject of your image – not what the image is. It should just blend into the photo. If a person that has no clue what a tilt shift lens is or what a photo with one looks like sees a tilt shift image the first thing the notice or point out about it should NOT be the blurring effect. 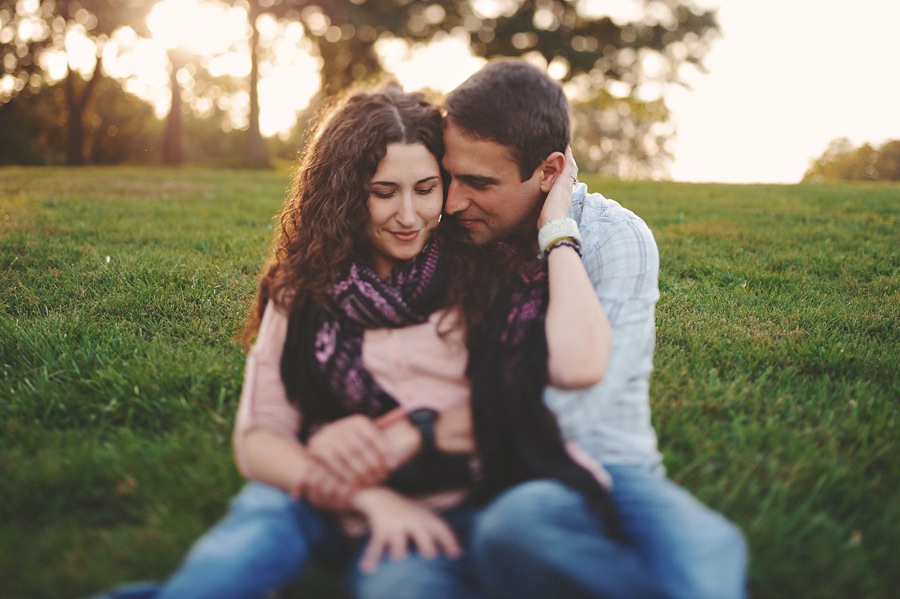 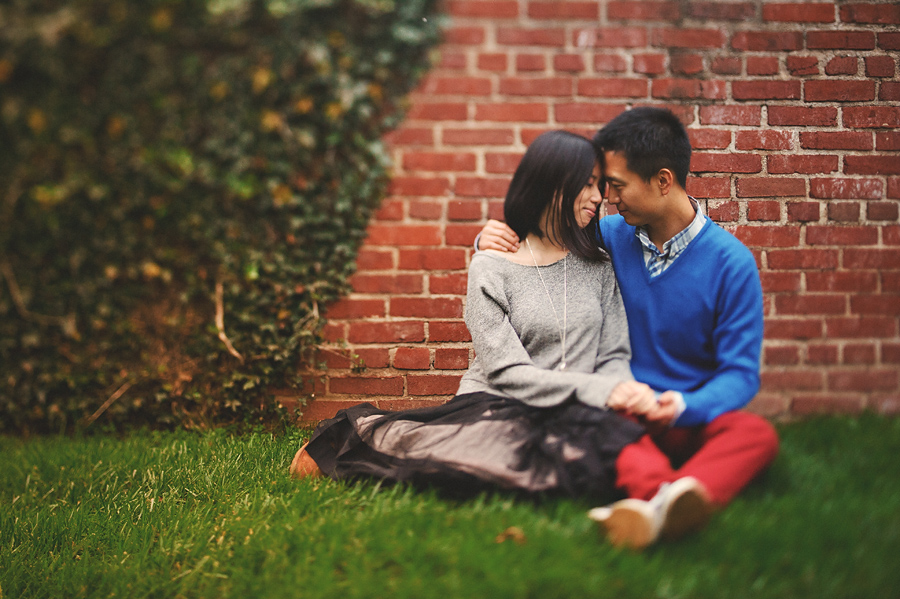 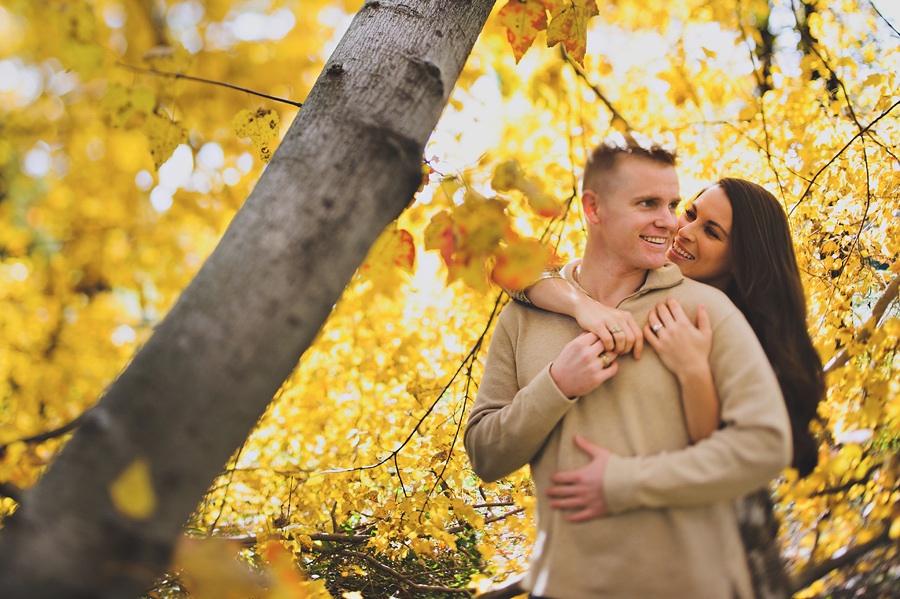 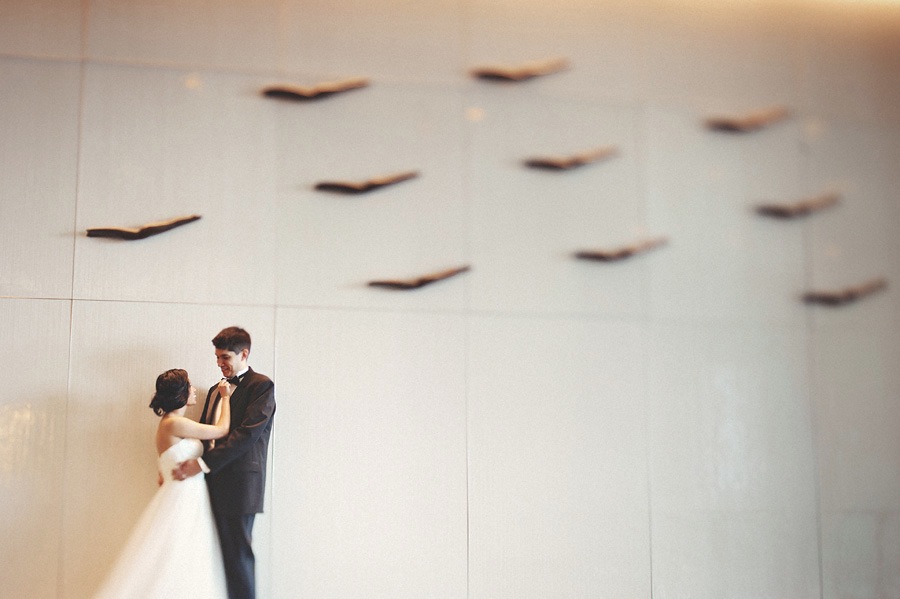 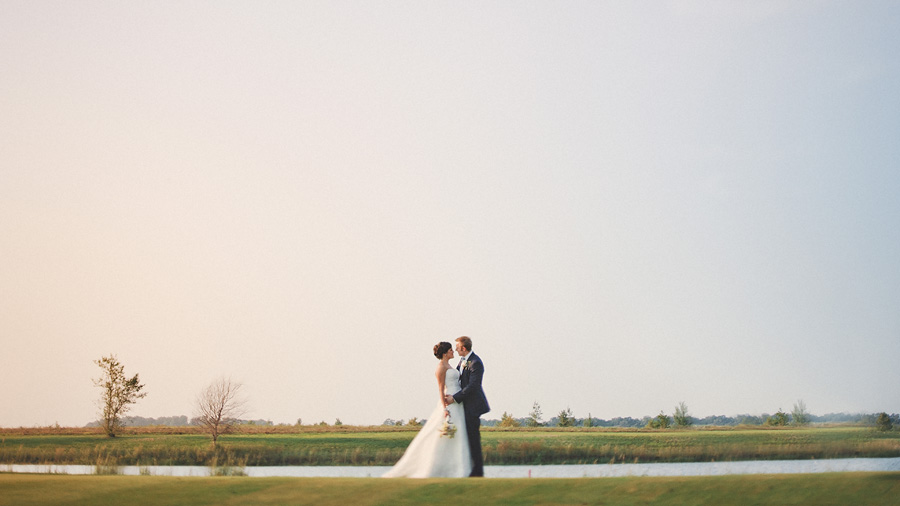 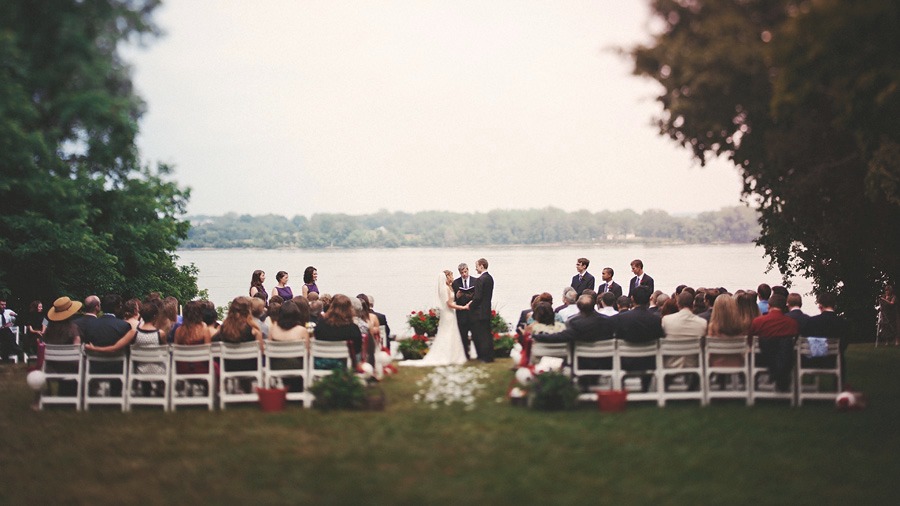 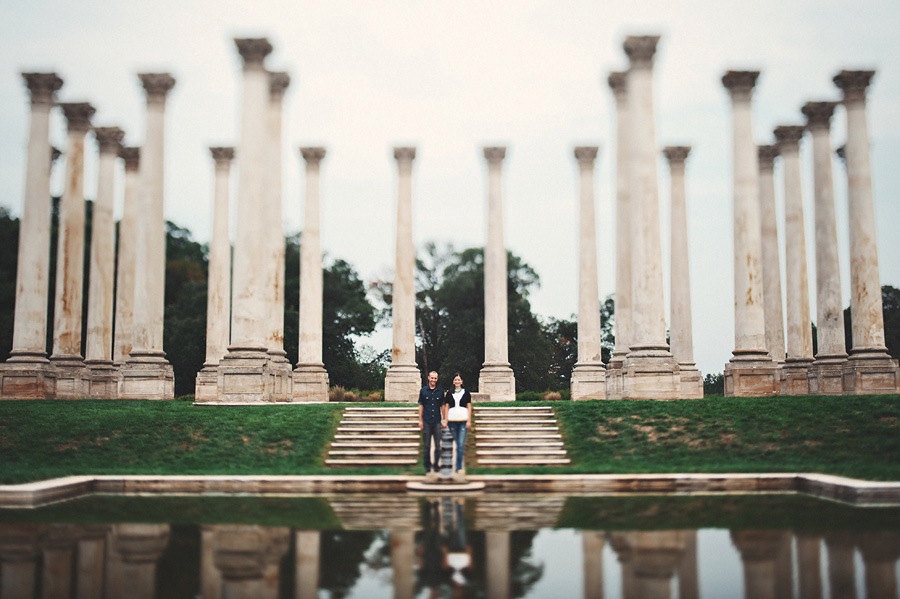 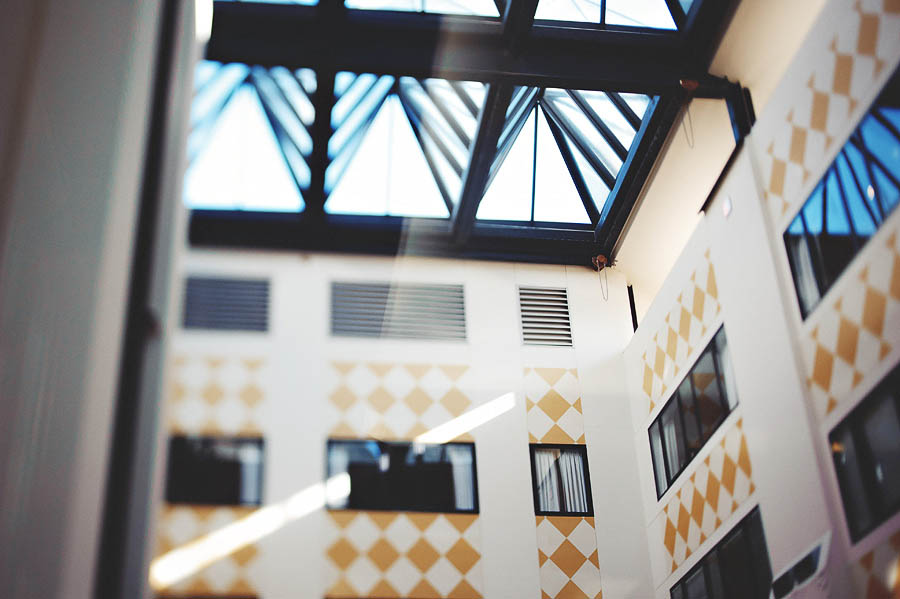 Using tilt shift lenses has become quite the trend over the last year or two and it’s something that’s in danger of being that “twenty ten look” for portrait and wedding photos. It has to be used tastefully and unobtrusively IMO, but I will admit I have been guilt of overuse myself. The Nikon 45 pc-e performs nearly perfectly for what it does. The focal length is a great one-size fits all range, and the sharpness, contrast, and overall use is as good as I could ever hope for. If you’re looking to buy your first – buy this one. And buy it using my link so I can high five you next time we meet.