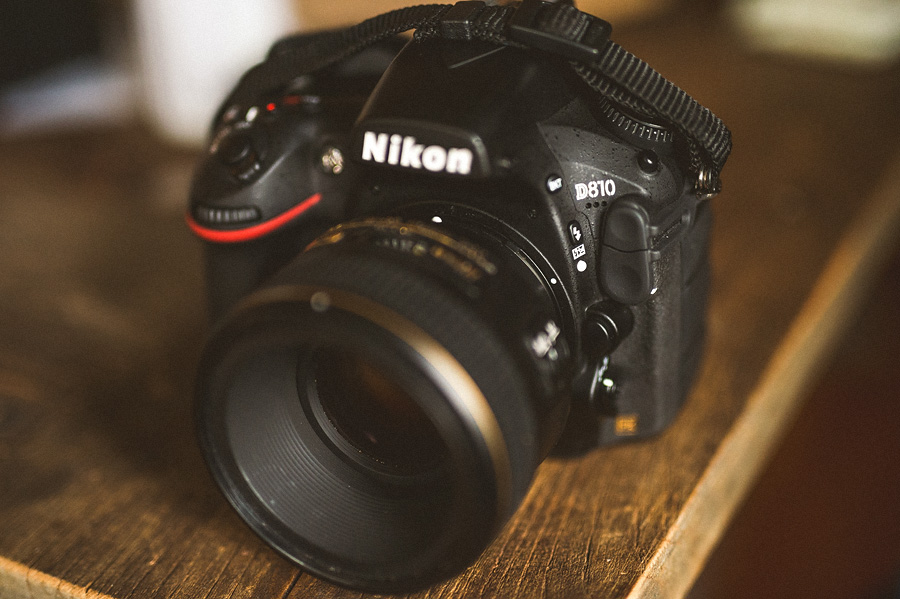 The Nikon D810 has, without a doubt in my mind, the best performing sensor from any camera on the market right now when shooting in low ISO. Unfortunately, for me it’s not the end all be all of cameras and it won’t be replacing my D4s, but it will be right along side it as my go-to camera for most of what I shoot. This review has all of the images processed just as I would normally process any files I show and deliver. I won’t waste your time with dry comparisons and flowery language. Just keep it to the helpful stuff.

A camera body is pretty much the most difficult piece of equipment for a photographer to review. I wanted to wait until the announcement of the D750 before writing this review… just in case the D750 had some sort of revolutionary sensor that could compete with the D810. From what I can tell the sensor is very similar to the nikon D610 cameras so it’s not in the same league as the D810. Nikon is doing this on purpose to prevent too many professionals from being tempted by the much more affordable prosumer cameras. If you’ve read my review of the D800 a few years ago you’ll get a good idea what this camera is about. They didn’t change much in the form factor and purpose of this camera, but they’ve definitely added some much welcome refinements.

Just like the D800, the build of this camera is fantastic. The body is slightly more compact than the d800, and feels a tad bit lighter. Landing on the professional side of the Nikon lineup, it’s meant to last and withstand very harsh environments. The very first shoot, I took mine on ended with me + D810 swimming in the ocean. It survived the salty splash of water just fine. For me, it’s the most comfortable Nikon camera to hold and operate as long as there isn’t a flash attached to it. This is one reason that the D4s camera body stays relevant for me; when a flash is attached to the D810 (or any of the Nikon cameras without a grip) the center of balance becomes an issue and strains my wrists too much.

Also of note (and a huge deal for me!) is the improved sound of the shutter. It’s incredibly pleasing and the quietest of any Nikon camera I’ve used. It also sounds quieter than the famed Canon Mark 5d Mark III shutter. I love it, and it’s another reason this camera has become my body of choice for sensitive moments I’m photographing.

Below you can see a video demoing the sound of the shutter. 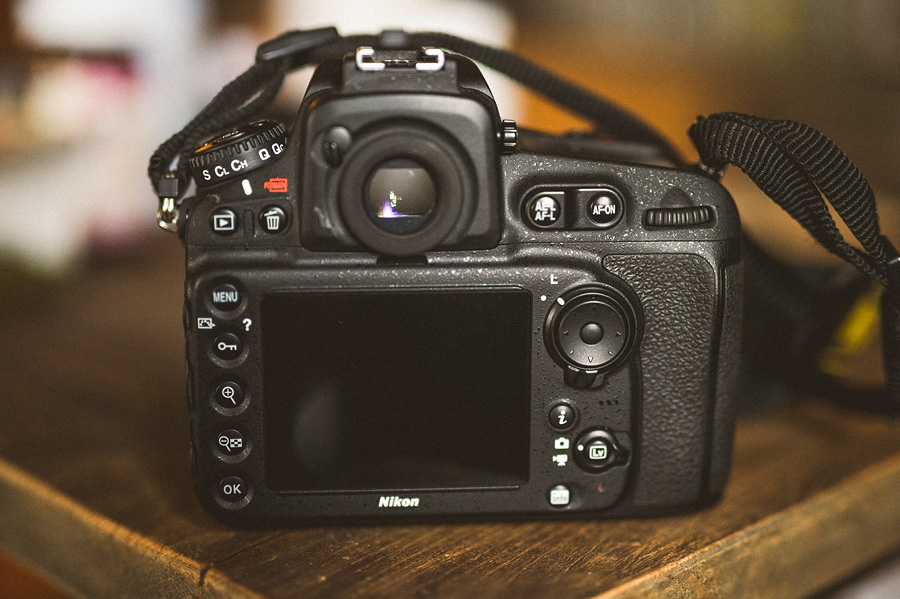 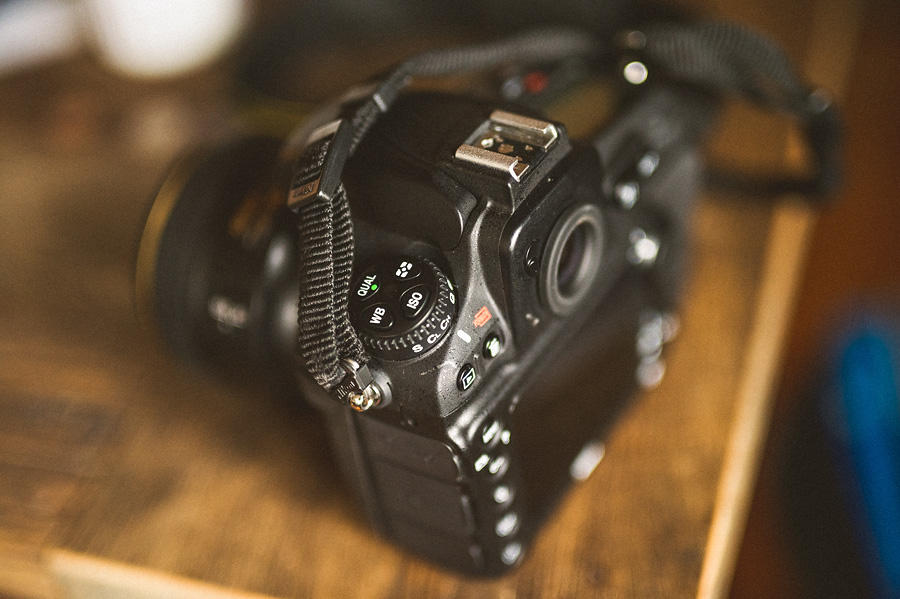 Lots to cover here but let’s start with…

Though I never had an issue with the D800 focusing, but many people did. The D810 will focus incredibly well in any light that I put it in. Of course, in complete darkness it’ll need a little help from the focus assist light (I usually use the one from my SB-910) but I’ve found it keeps up with even my D4s. I think because of the enormous resolution (clocking in at 7155 X 4775) it brings even more attention to slight imperfections from a softer lens or hardly missed focus point. You have to remember that at the end of the day 99% of the images you make will be experienced at a size no greater than 8-10 inches. Most much smaller than that. Don’t freak out that your beloved 58mm 1.4 suddenly looks softer than it does on your D4s.

I’m a huge fan of live view and have been for many years now. One of the most frustrating parts of the D800 camera was that its live view was very slow to turn on and off, and the actual feed that it showed you was very choppy. NO LONGER! The D810 is ultra fast. Response time taking a photo is totally acceptable (still room for a little improvement) and though the live feed on the screen isn’t as smooth as the D4s it is perfectly useable now. I’m guessing because of the huge resolution it’s displaying in real time it’ll be another camera iteration before it’s silky smooth. Thankfully Nikon continued their trend with the professional line-up and didn’t cripple the live view exposure preview like it does with their prosumer lineup. What you see is what you get.

Below you can watch a video demoing the live view mode.

Ah, so here is where I get a little bummed. Yes, the higher ISO values are much improved over the D800, but not by a huge margin. Still not good enough to make me feel good about leaving my D4s or DF cameras at home. It does help if you downsample the file to a smaller export size, but I hate having to think about that. Here are a few sample images. You’ll notice that as long as the images are exposed well in camera the files actually look quite clean. It’s if you nudge the exposure or shadow sliders in lightroom at all that you tend to see ugly color noise sooner than you would on a D4, D4s, or DF. 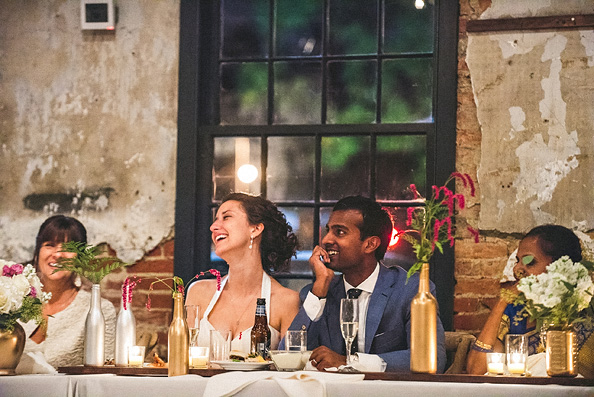 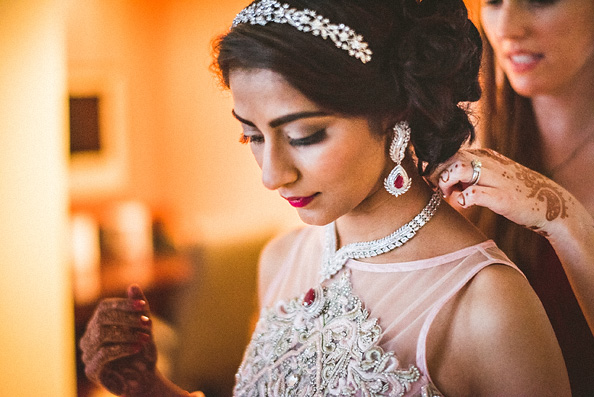 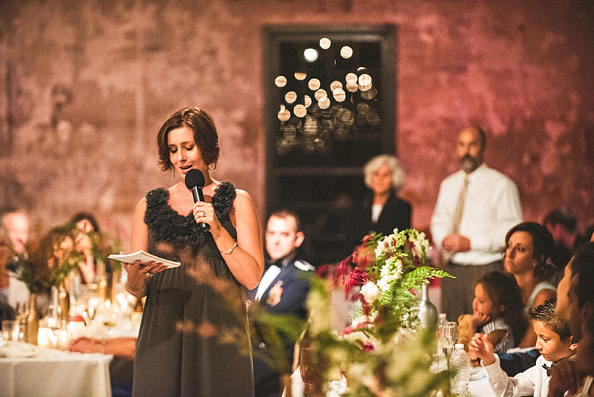 iso @ 12,800 red boarder banding definitely becomes an issue if you have to raise the exposure up even one stop at this ISO. and before you wonder – yes i did have this camera floating just above the waterline to get this lovely splash from my friends jumping in. 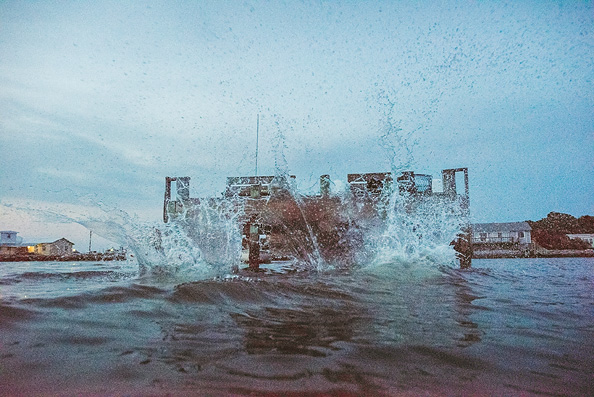 Somehow, it’s even better than the D800 – which already had astounding dynamic range. As long as you’re shooting at lower ISO values you can essentially expose for any highlight and recover as much shadow detail as you could possible ever want. Here’s a good example of what I’m talking about… the final image is pushed a full 5 stops in lightroom! 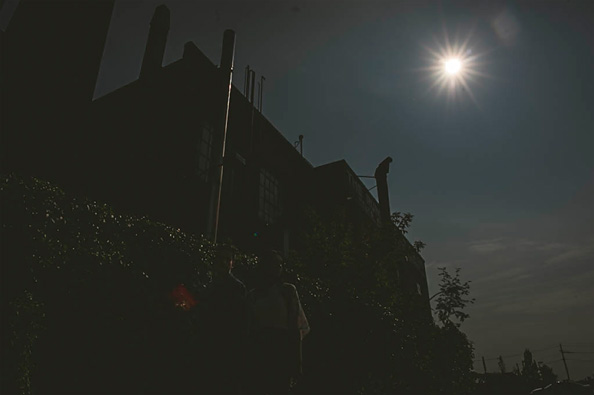 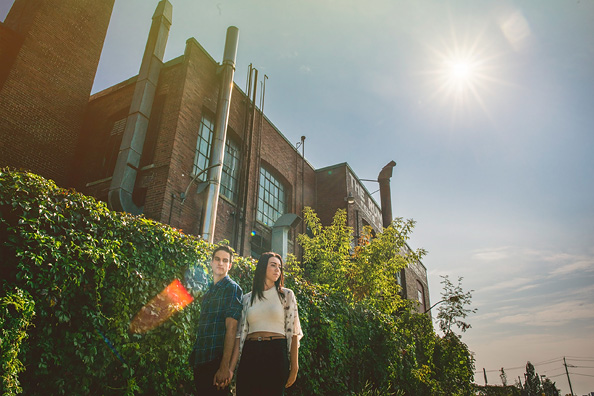 Excellent battery! If you start using live view more often you’ll probably want a second battery, but I’ve photographed a few full weddings with the D810 and haven’t had it die on me mid day yet. I’ve always been impressed with Nikon’s battery life on all their newer cameras.

I’ve seen a huge impact on the tone of my images. Like I’ve never seen before. There’s a crazy amount of color depth and just beautiful contrasty flavor all over the place. I’m not sure if it has to do more with adobe’s profile for processing the RAW files or just the sensor of the D810, but I LOVE it. I did have to tweak my standard settings a little bit, but after I took care of that I couldn’t be happier.

This is another point where the D810 just can’t compete. Yes, it is faster than the D800… the frames per second come in at 5 instead of 4, but it’s less than half as fast as the 12 FPS D4s. Even with the added grip and shooting in DX mode it maxes out at 7 FPS, which is probably fast enough for most, but not me. I’m just too used to the lightening fast speed of the D4s. One saving point – the buffer has been noticeably improved so even if you do shoot like a machine gun you won’t have too many issues with the buffer filling up like the D800 had.

Like the Nikon D4s they added a new software feature called sRAW, and it sucks. Yes, you do get smaller files coming from 36MP down to 9MP, but they aren’t true raw files and why the heck not make a medium RAW mode while they’re at it?! The sRAW files have an annoying loss in dynamic range and the files do seemed to be cooked a bit. It’s not as bad as editing a JPEG, but it is worse than the normal large RAW files. lame.

Auto white balance isn’t as good as my D4s, but it is really great. Not much else to say about this as I shoot in RAW all the time and usually tweak white balance as part of my post processing.

Here are some more sample images you can view a bit larger by clicking on. 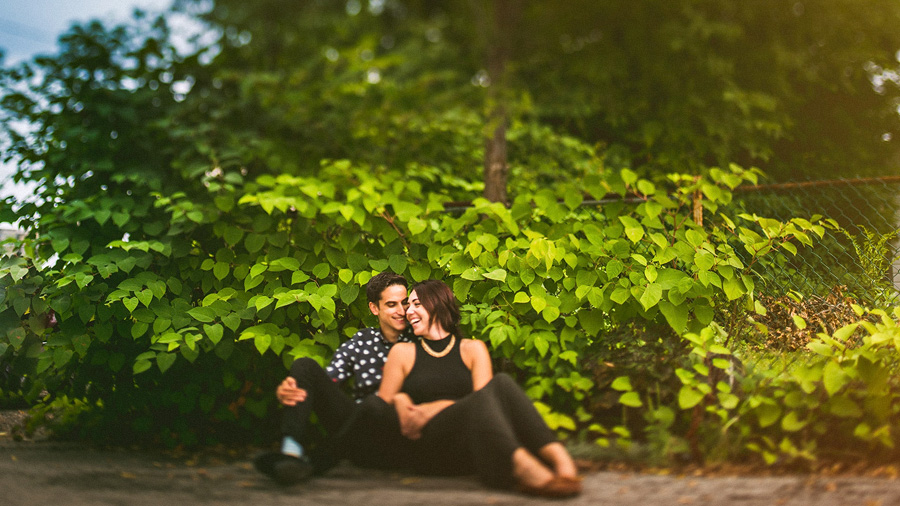 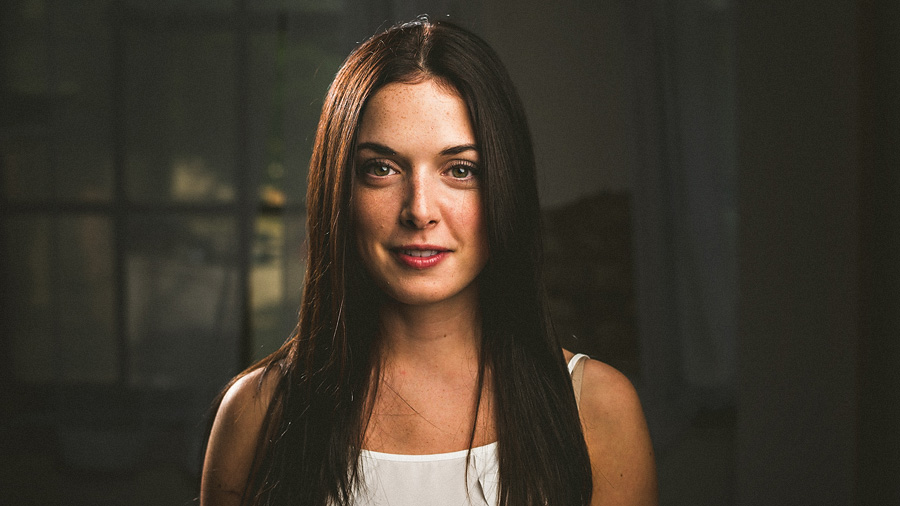 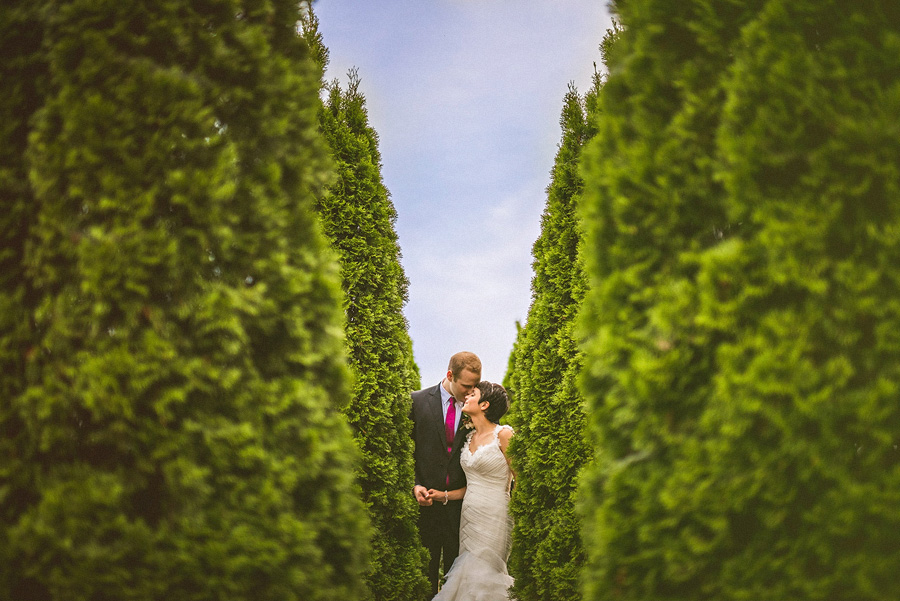 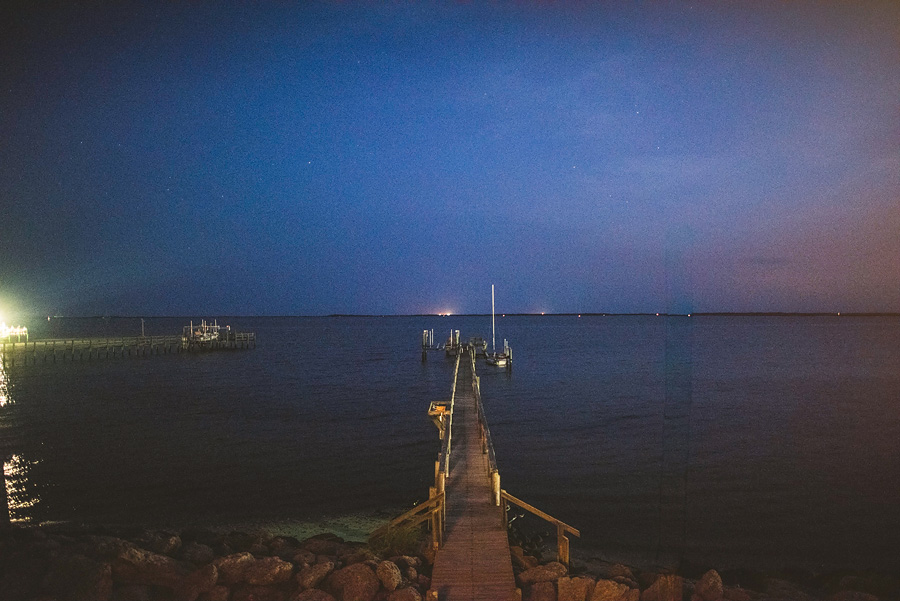 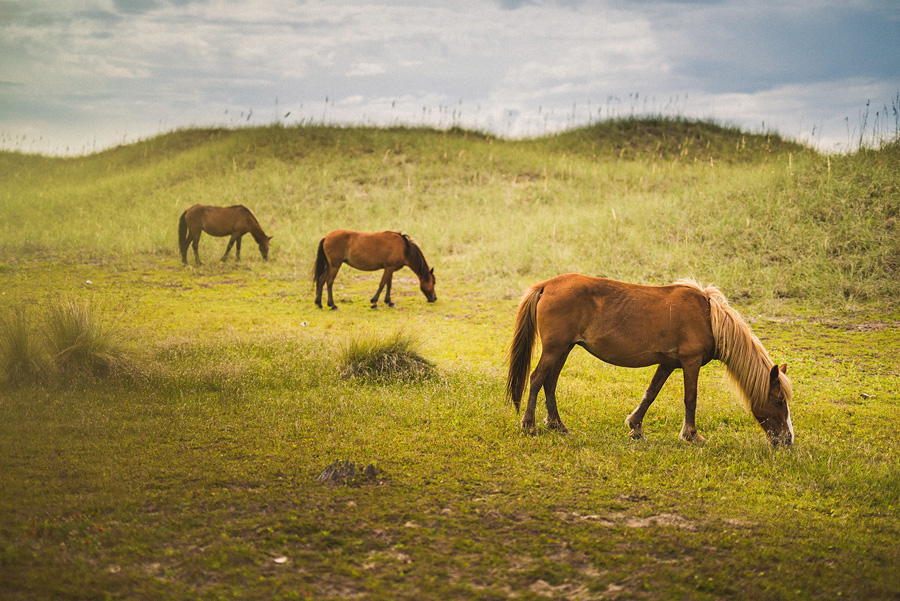 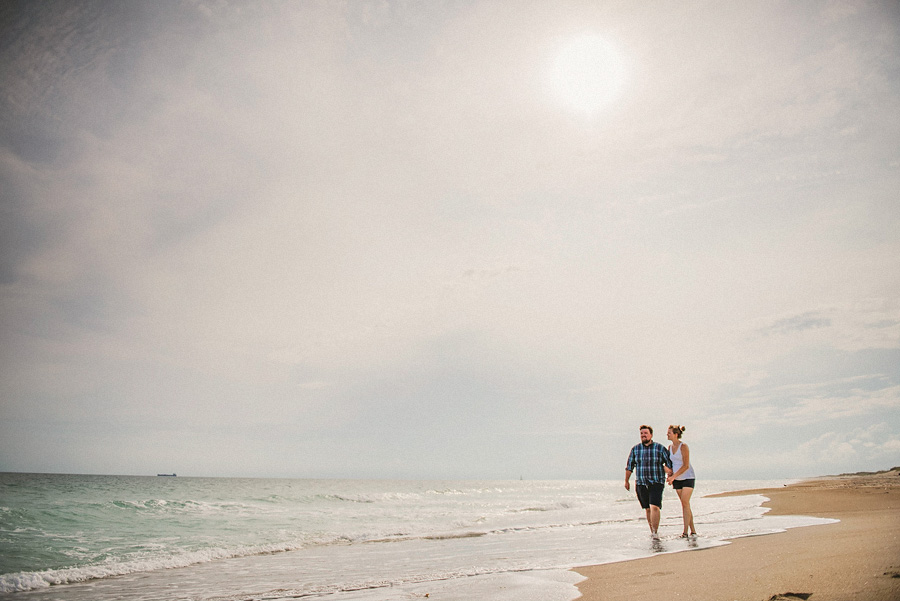 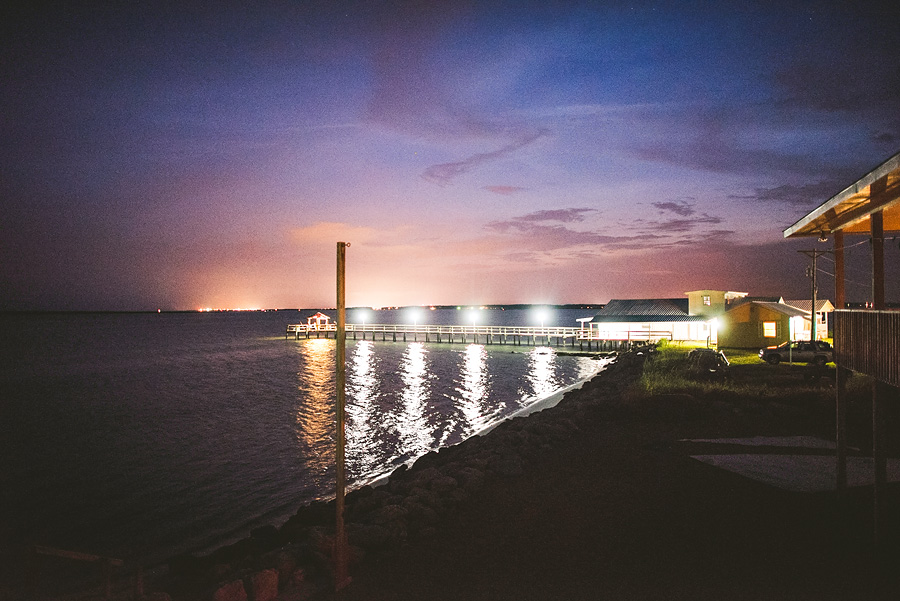 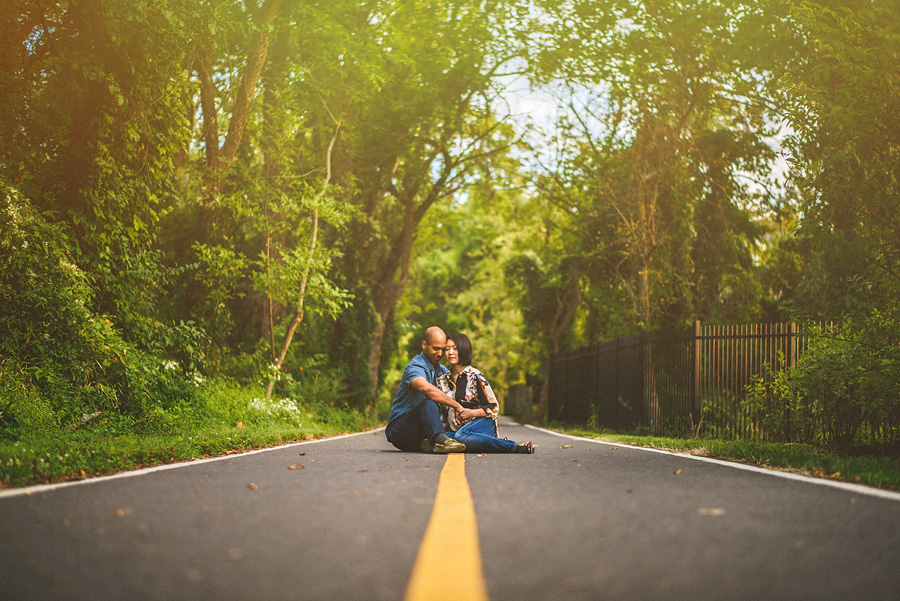 So here is where I tell you what decision I recommend when considering the purchase of this camera. Well, unfortunately I can’t really do that for you. As a wedding photographer, I’m often in incredibly challenging and dimly lit rooms where I have no choice but to crank the ISO into crazy high levels. I’m still not comfortable doing that to the extreme with the D810like I am with the D4s. I decided the D810 is the perfect complimentary camera to my D4s. I’ll use it for portraits, quiet moments, and as a side body when I need quick access to another focal length. It works terrifically for this because it’s so much smaller and lighter than having another D4s, D4, or D3s.

If Nikon would release some sort of medium RAW option then I might grab the D810 even more than I already do, but for now the sRAW is too crippled and too small of a final file for my tastes. It’s also not replacing my D4s in terms of sheer speed, but with the faster live view and added FPS it’s getting close. I’d really like to see this camera at 8FPS.

If price is a big factor and all I could choose was a single camera body then the D810 would trump the D4s. It’s nearly half the price of the D4s and only comes up short in the most extreme situations

If price isn’t a big factor than I’d do exactly what I’m doing with a hybrid setup. I do find myself reaching for the D810 more and more as time goes on and if I’m in a situation where I KNOW I won’t need high ISO or ultra fast speed then I’ll only bring the D810 with me. When I get my pre-order I’ll be curious to see what Nikon has really done with the D750, but with the max shutter speed of 1/4000 and (what appears to be) the same sensor as the D610 I’m pretty sure they’re keeping the sub $2500 range of bodies in the prosumer category.

If you shoot with the Canon 5D Mark III and don’t want to wait to see what’s in store for the Mark IV… I’d switch today. It’s an entirely different world shooting with the D810 and you won’t be disappointed on any level. (Yes, I’ve owned an entire Canon Mark III kit , Mark II kit, and know what I’m talking about.)

Here are some more sample images you can view a bit larger by clicking on. 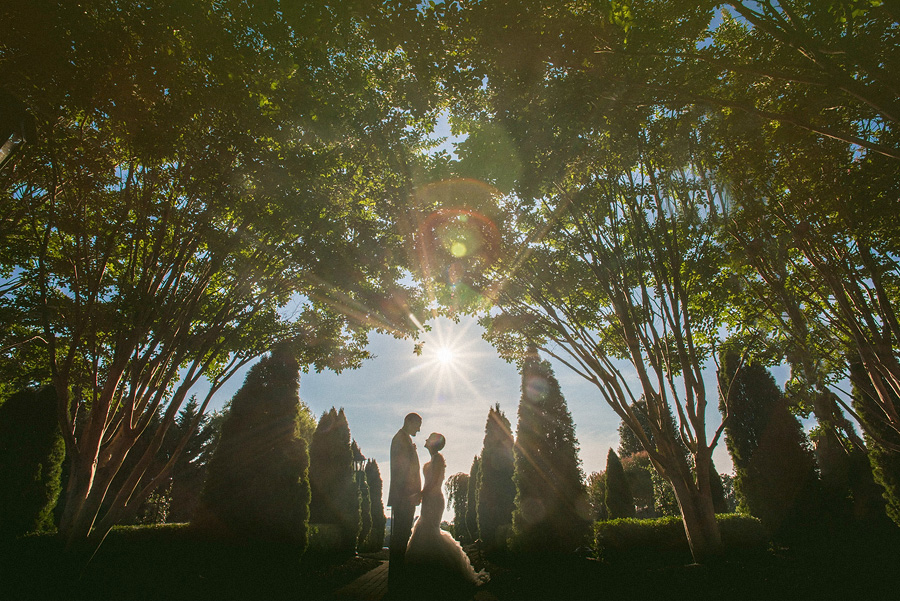 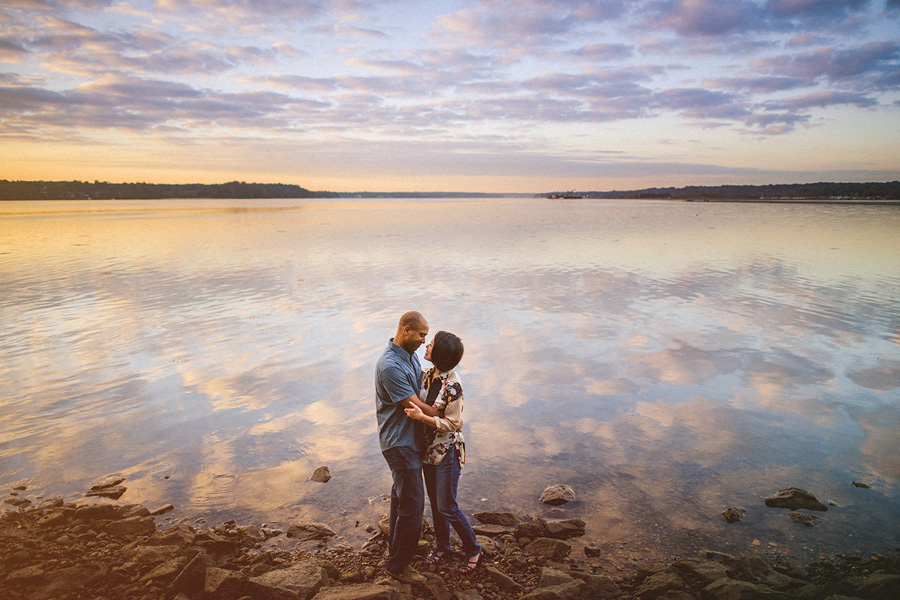 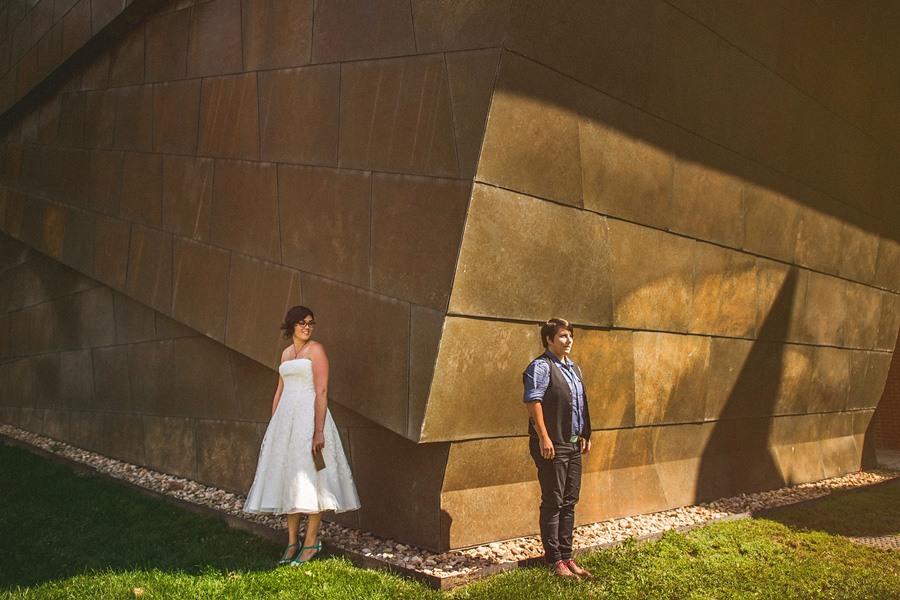 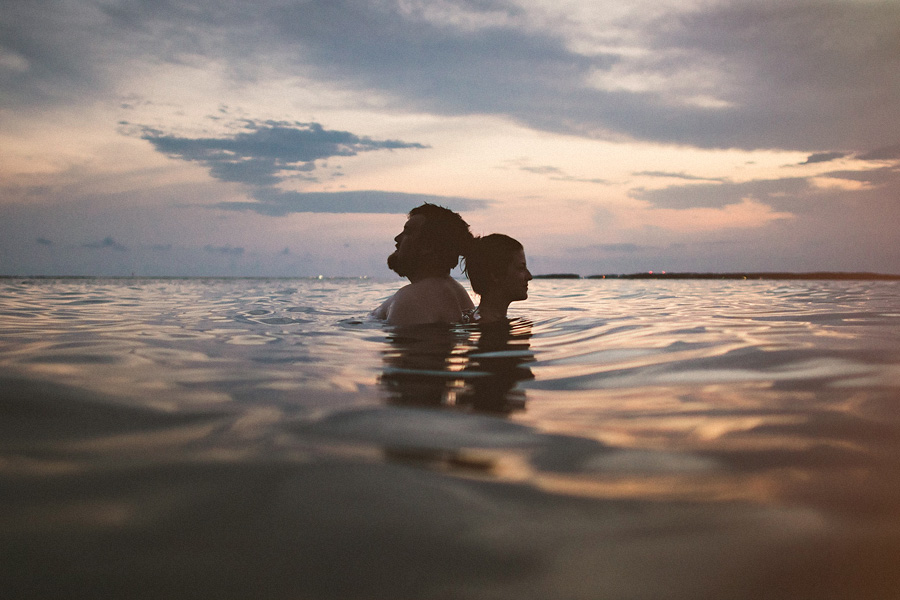 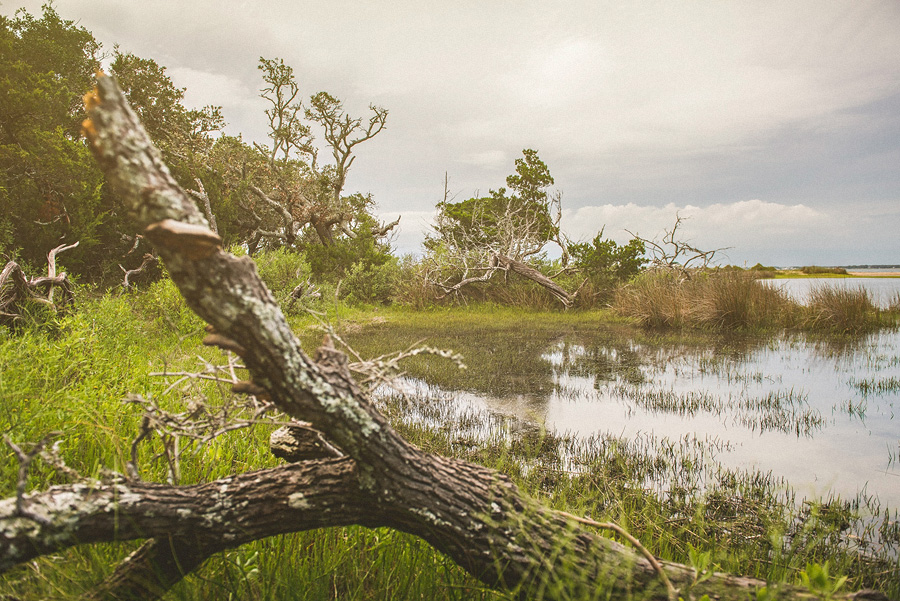 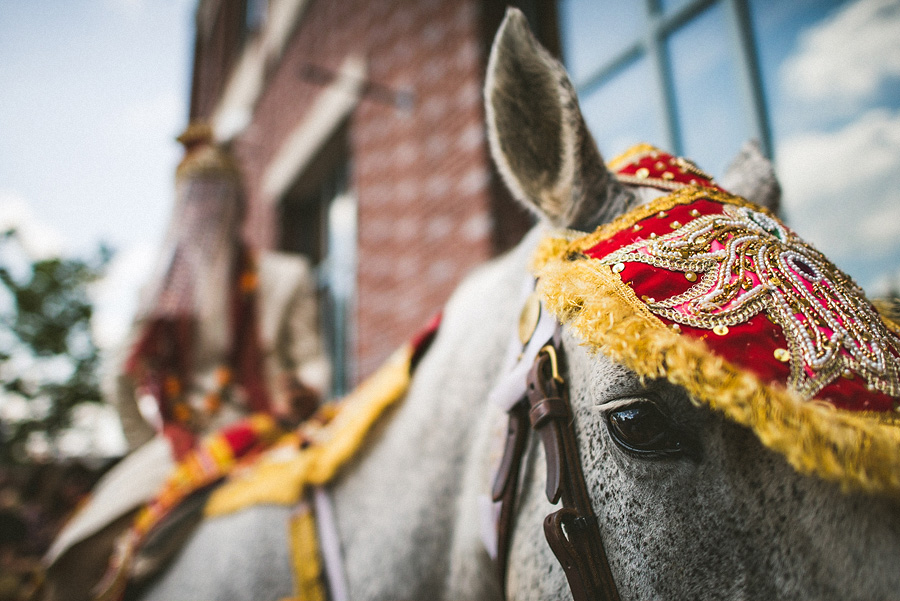 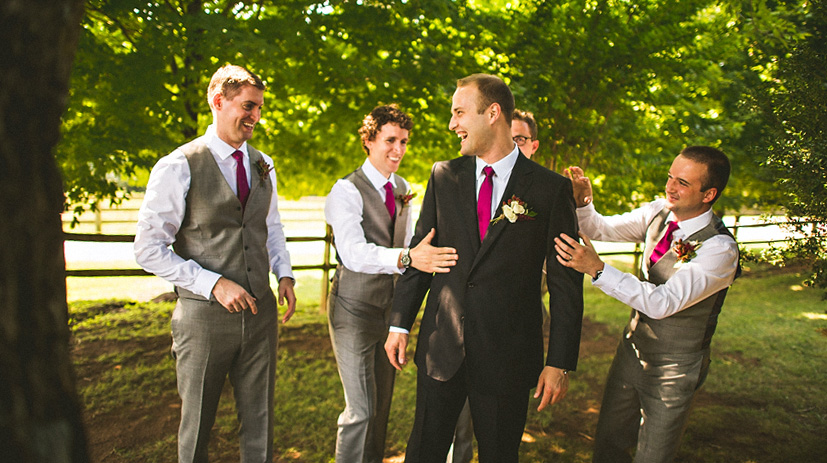 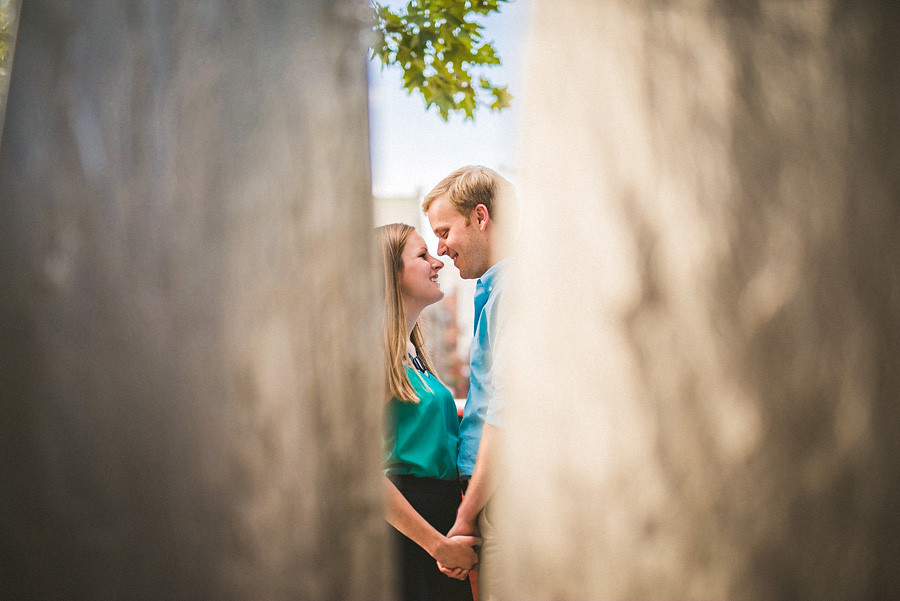 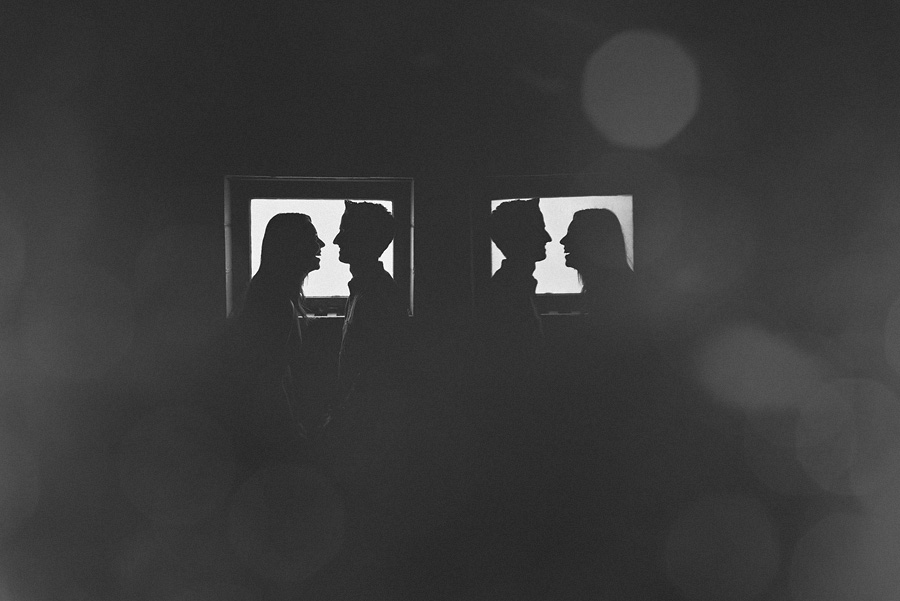