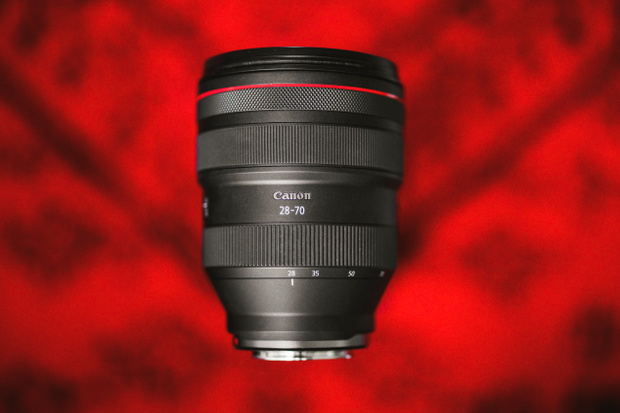 After a few months of use, I’m finally ready to review the new Canon 28-70 f/2.0 RF. I have a 10,000 image rule for any piece of gear that I review in depth. So naturally, this means that it takes a little longer than I’d like to get something written in the off season. I know everyone wants a review the week something gets released, but it just takes me longer to get a feel for any new piece of gear, and I hope you appreciate that insight.

But the time has come (a helicopter tour in Hawaii will push you over 10,000 images in no time!) for a discussion about the 28-70 f/2… a totally unexpected and revolutionary lens for the new mirrorless RF mount from Canon. Even if you don’t shoot canon, I think this review is wroth a read as I believe many more lenses like this will be coming along from all kinds of camera manufactures as mirrorless systems take over. 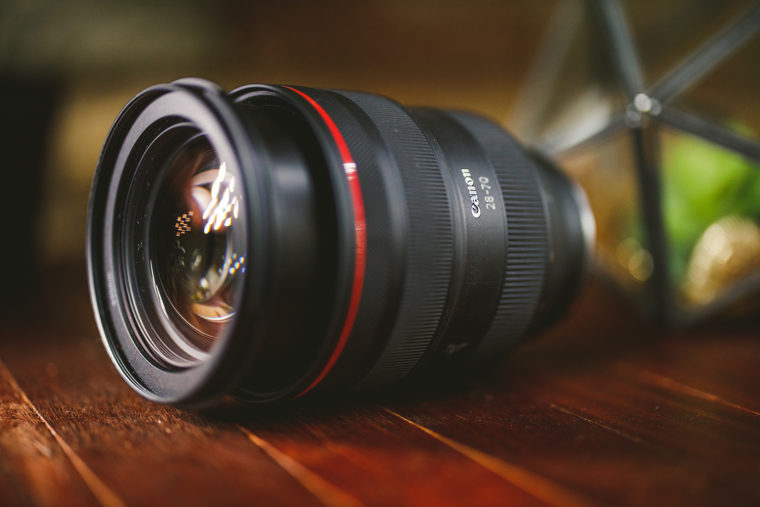 It’s not often that I remove a lens from the box and laugh out loud.

This thing is big. It’s Heavy. It’s bigger and heavier than you think it’s going to be… and that’s a problem.

It’s even bigger when you zoom to 70mm as the front element protrudes: 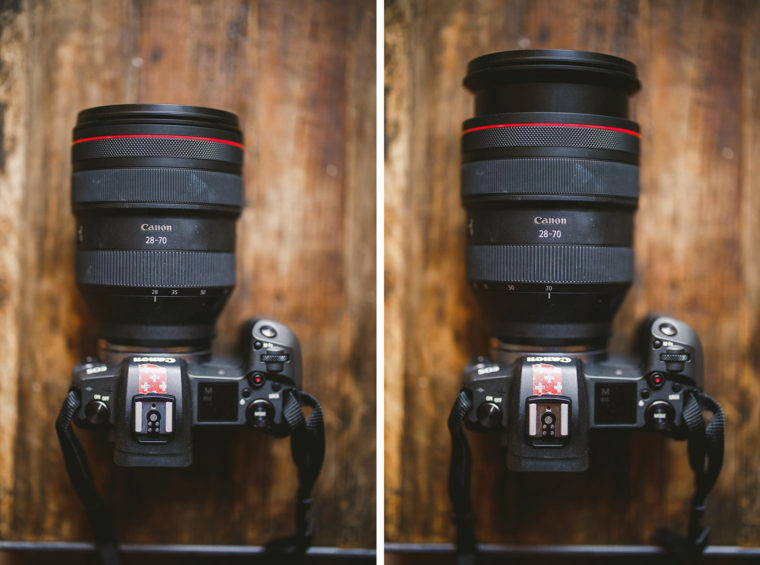 Here’s something to give you perspective about the weight: 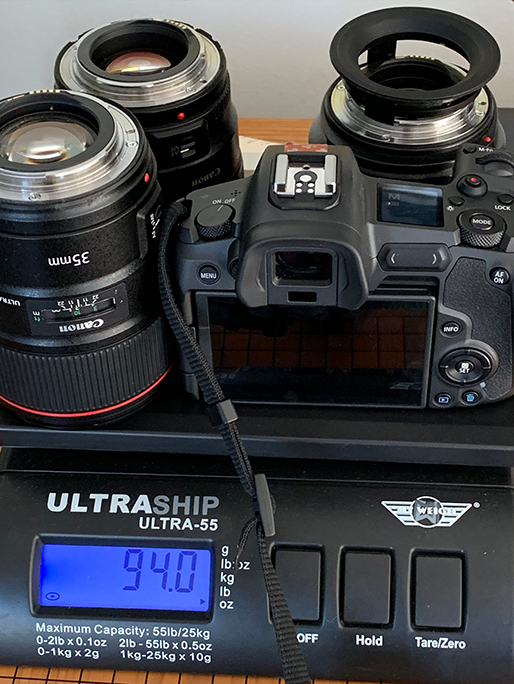 But, can we take a second to appreciate how beautiful the lens elements look? 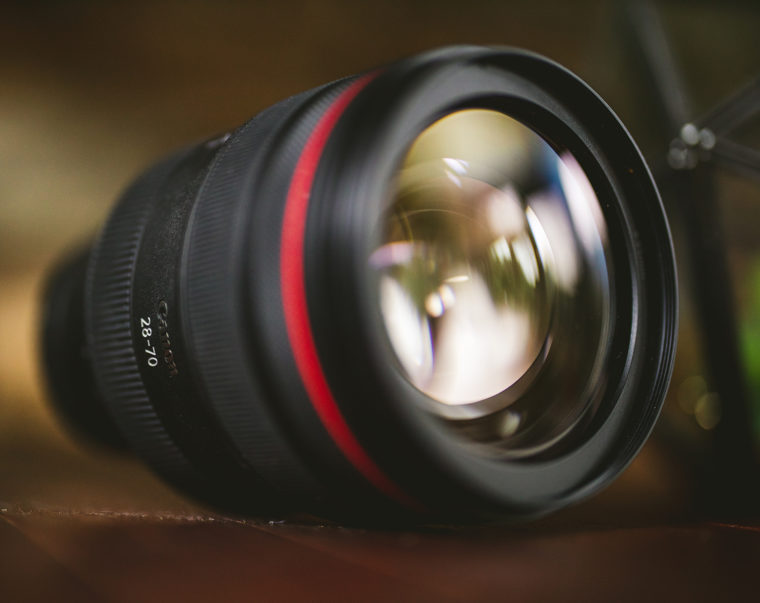 and the (now dirty) rear element for good measure: 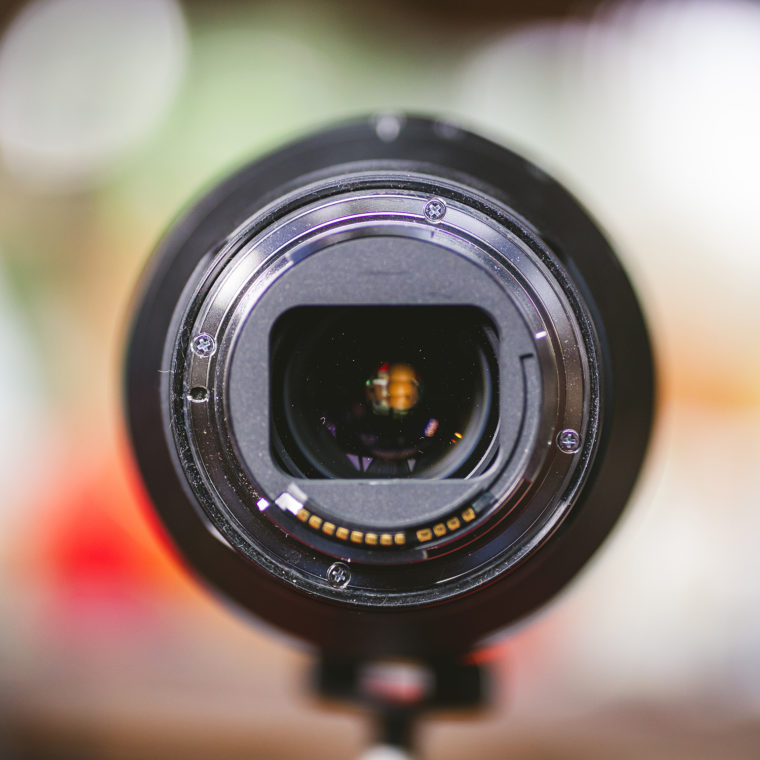 The overall build quality is fantastic. I’m a big fan of the matte finish all the RF lenses are coming in. It’s grippy for your hands, but easy to slide in and out of any bag.

To simply bullet point the negatives about the size of this lens:

I think it comes close to the only thing needed during engagement shoots (how I fantasize about the day I can bring one body and one lens), but I find 28mm being the widest focal length far too limiting. I often want to go 24mm or as wide as 16mm for more creative work, and 28mm doesn’t come close to the same vibe, but it does keep everything flattering for most kinds of portrait work.

Still, having a range of focal lengths at f/2.0 does mean this lens is incredibly versatile. I suspect that 35mm & 85mm prime shooters could get away with replacing those two lenses comfortably…

Anyway, onto some straight up examples.

The below SOOC images are at f/2.0 w/ same settings across the board. 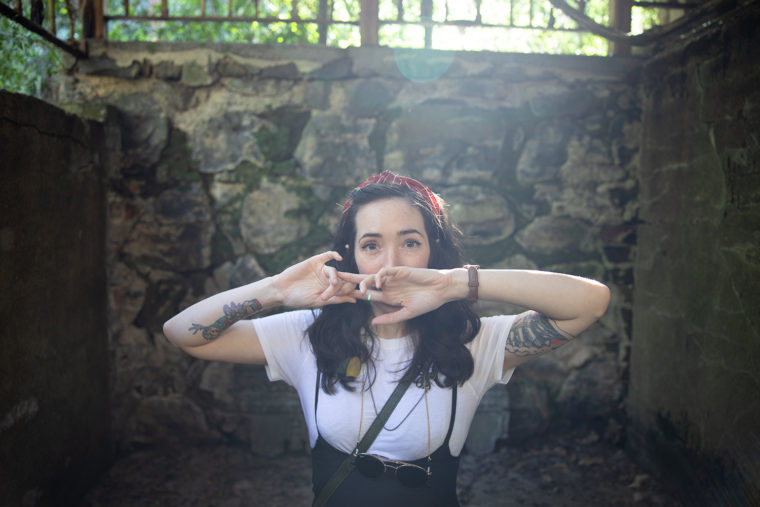 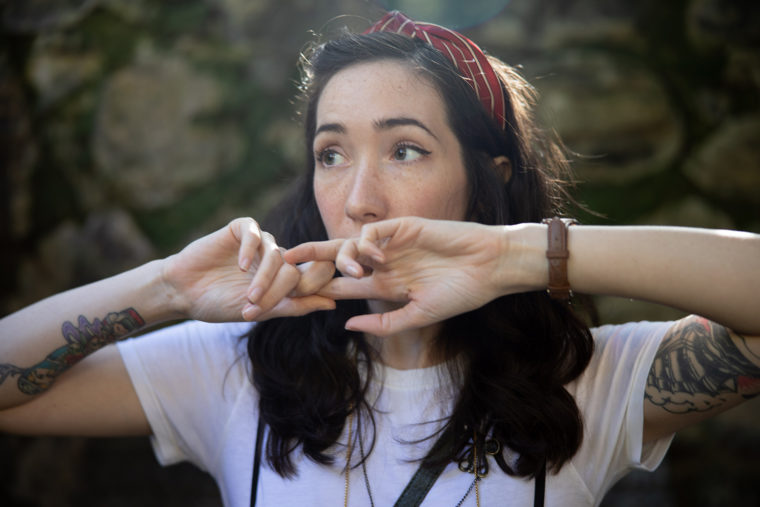 Even at f/2.0 it certainly has some fantastic bokeh magic happening – especially at 70mm. Also, it handles blacklight VERY well.

Take a look at this quick video example of bokeh at 28mm & 70mm focused macro and infinity.

But, here we are at f/22 and I can safely say I find the sunstar pretty boring. I much prefer the look of the Canon 24mm f/1.4. 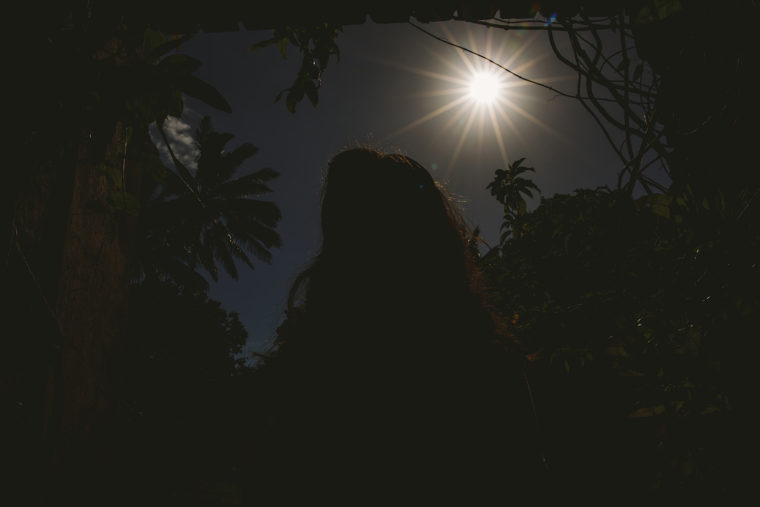 For a zoom lens I find the distortion surprisingly irrelevant. Here are two uncorrected examples where it might be most problematic: 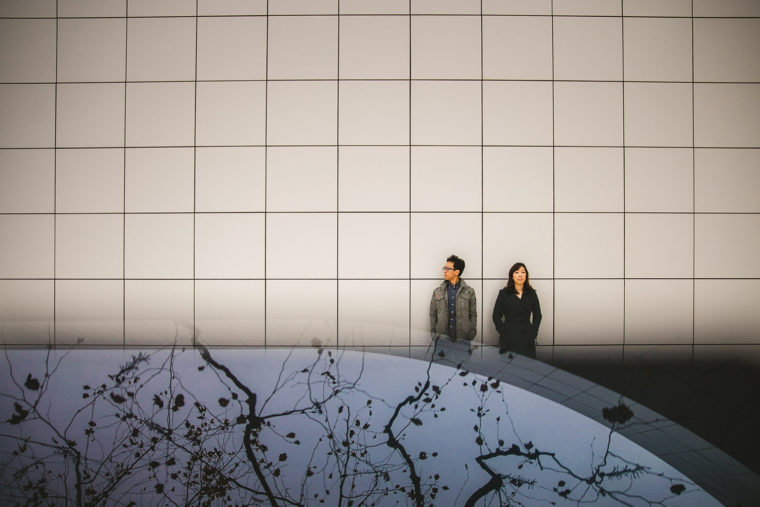 This one should give you a good sense of the natural vignette at f/2.0 (I love it): 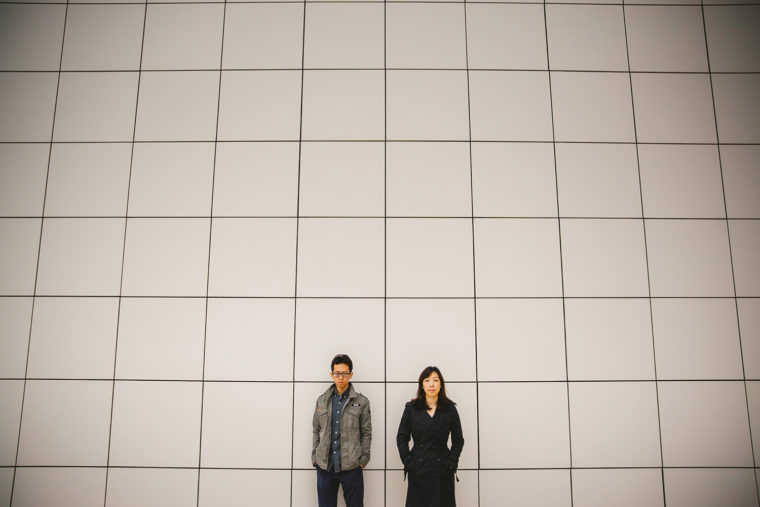 Now, how about some foreground bokeh? 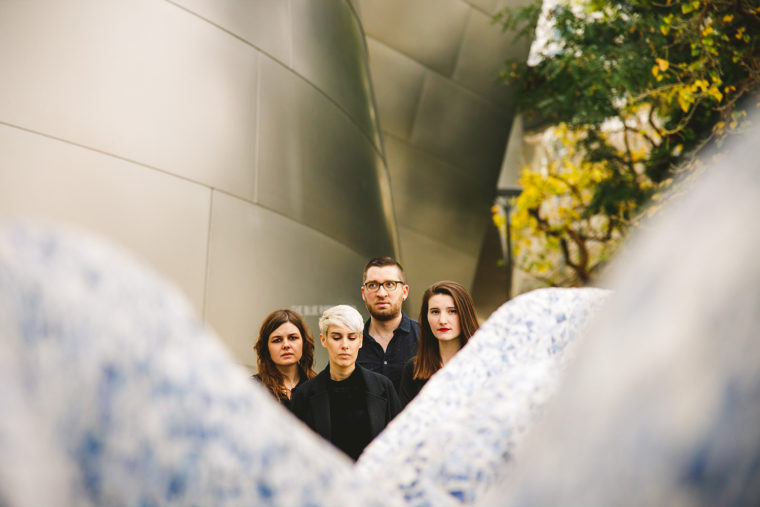 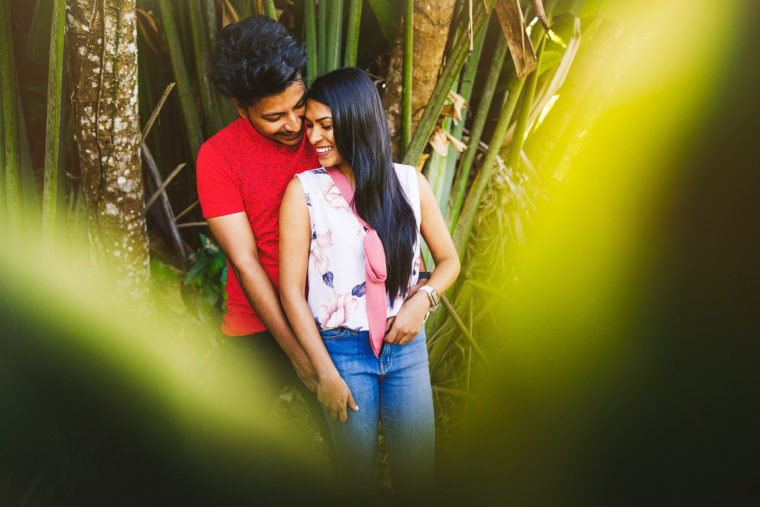 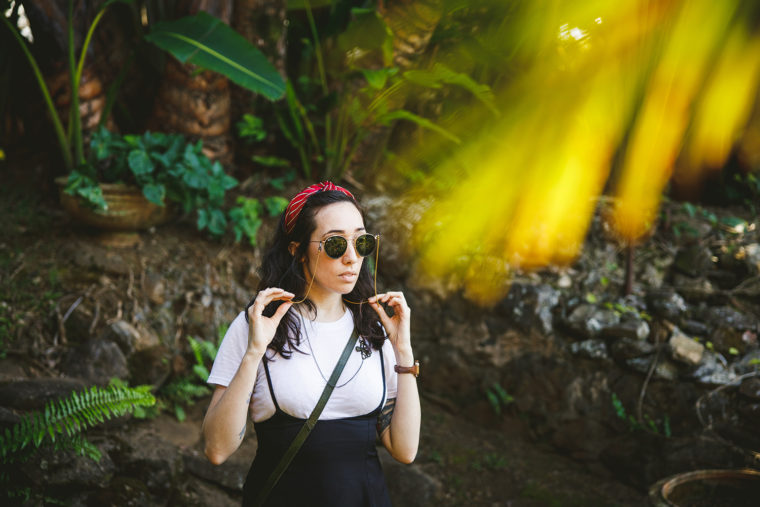 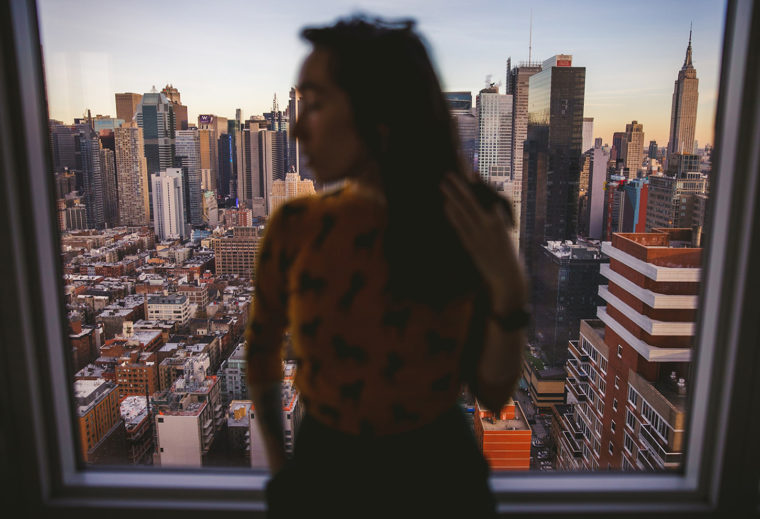 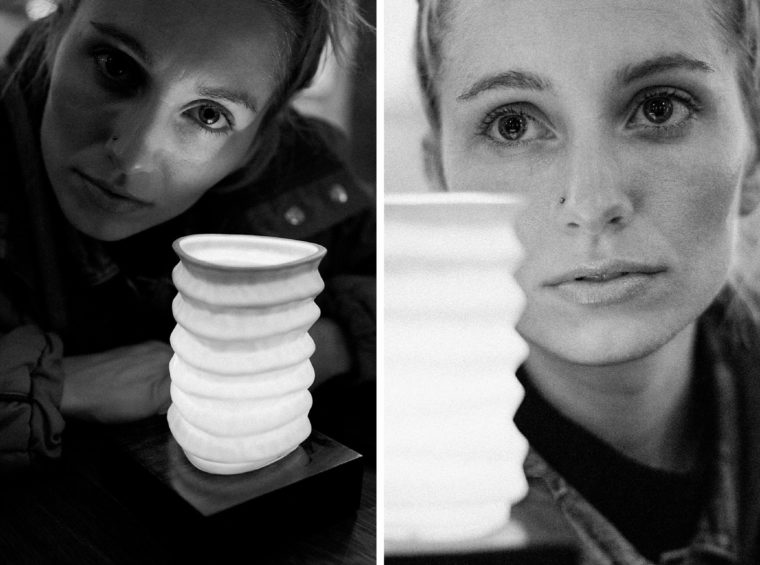 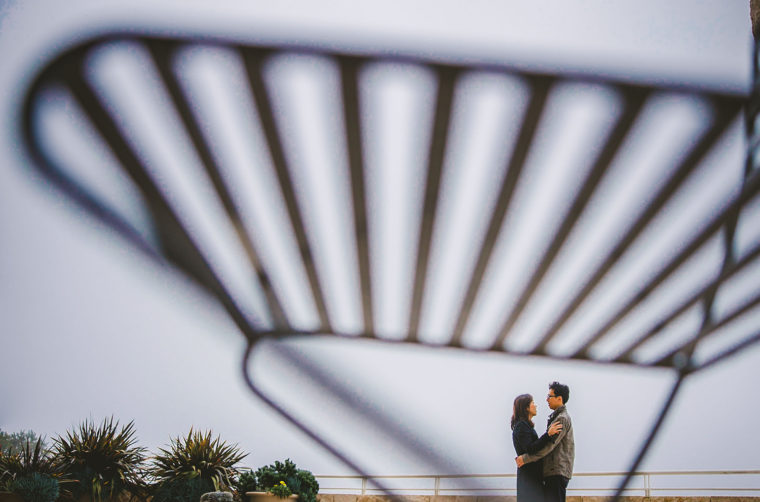 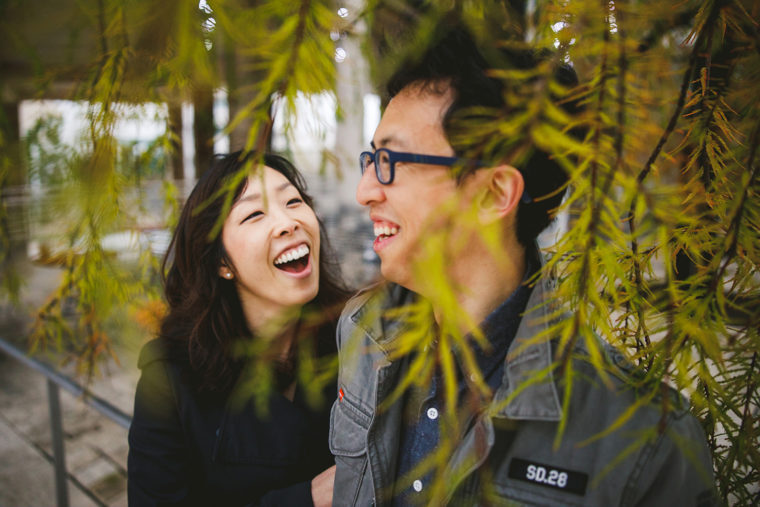 NOW! Let’s take a look at some overall bokeh comparisons. 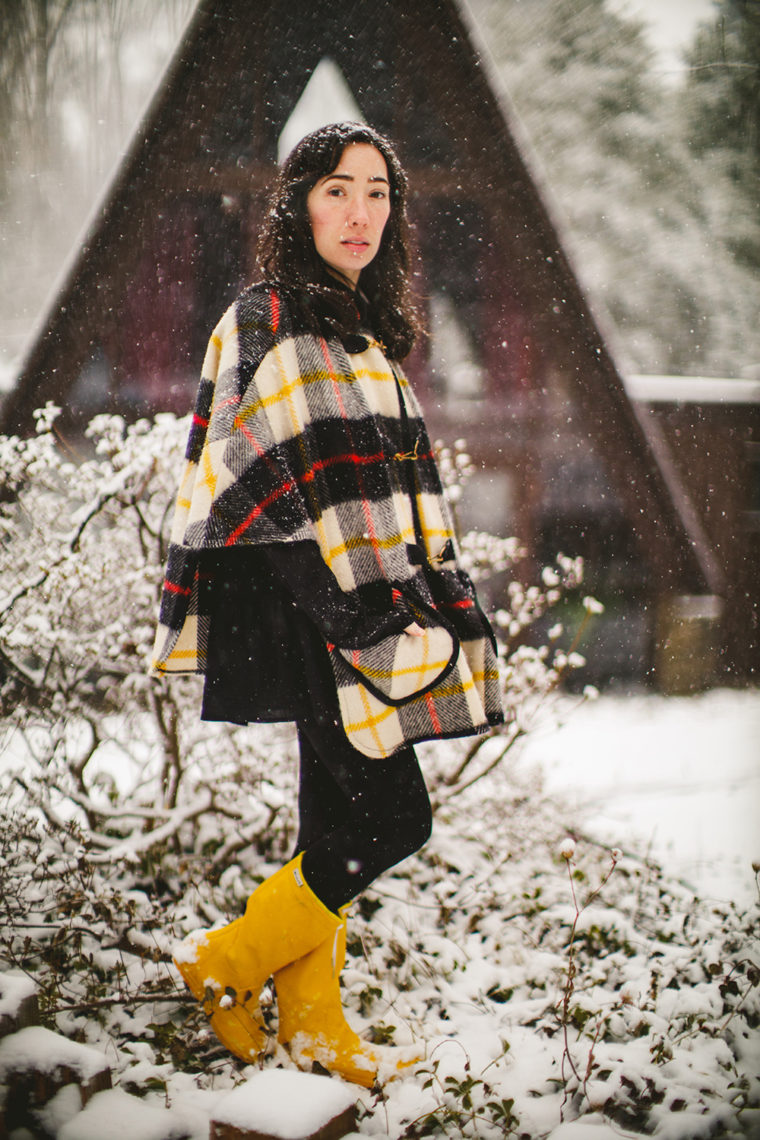 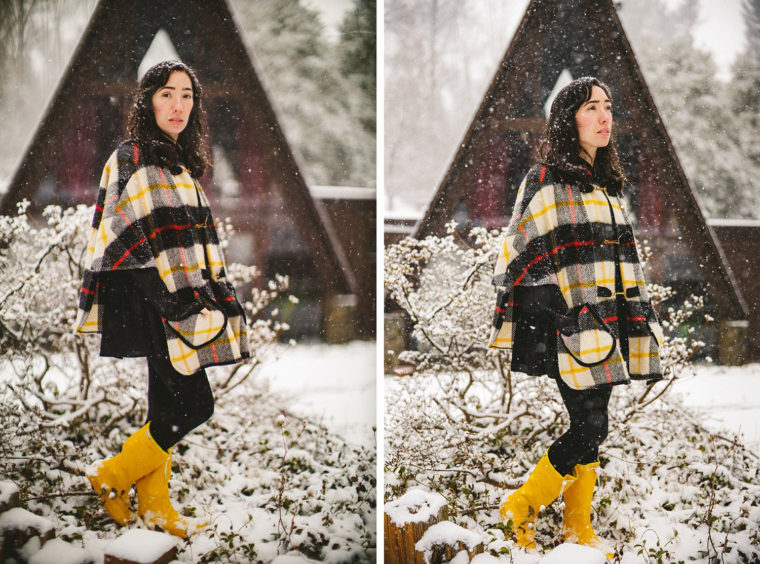 I’m not sure if it’s just the sharpness of the 28-70, but darn if I don’t prefer the look of it! This was the first series of images I made with the lens where I started to get a sense of the 3d look it can produce.

Exact same settings for edits and I have to say I slightly prefer the skin tones of the 28-70!

Let’s touch on sharpness a bit. This lens is sharp, but don’t just take my word for it… 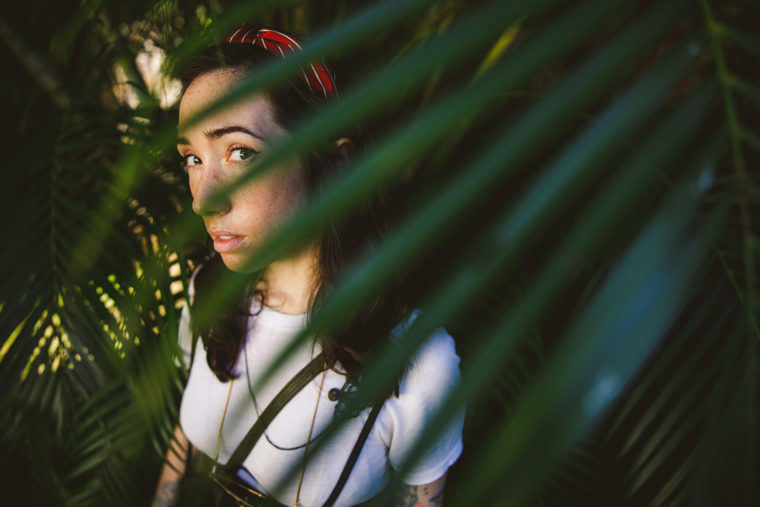 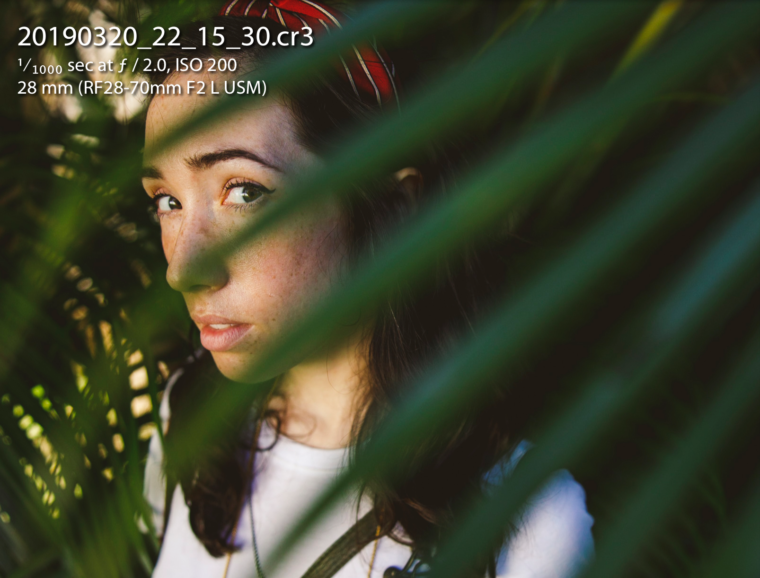 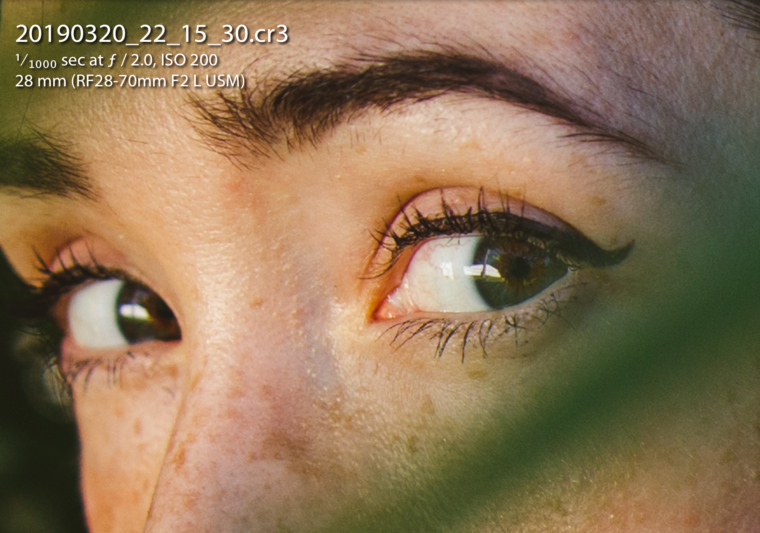 But here’s a few more @ f/4.0 where this lens really starts to hit its sharpness stride. 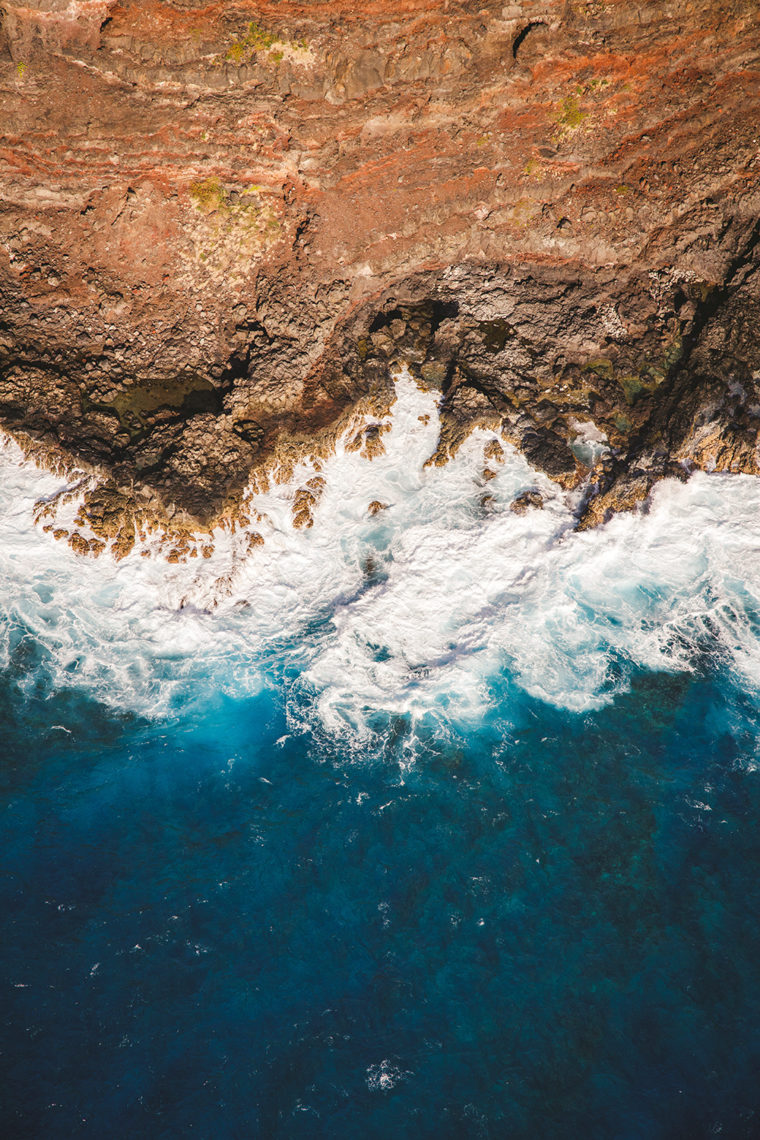 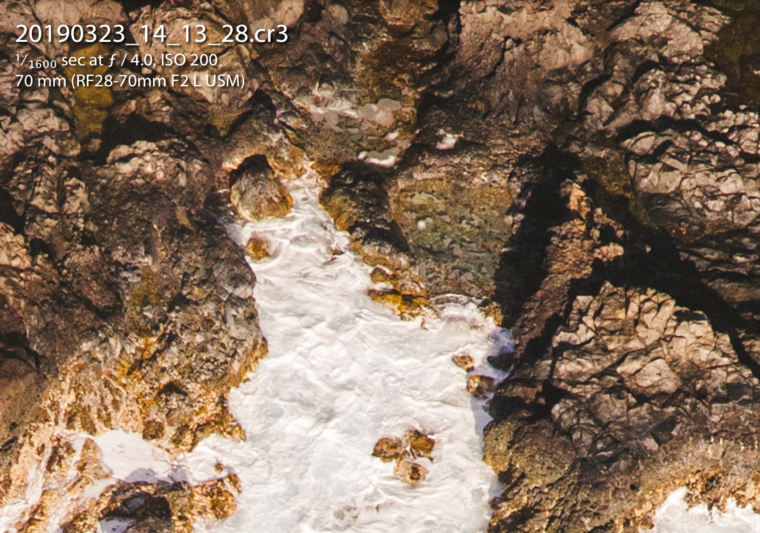 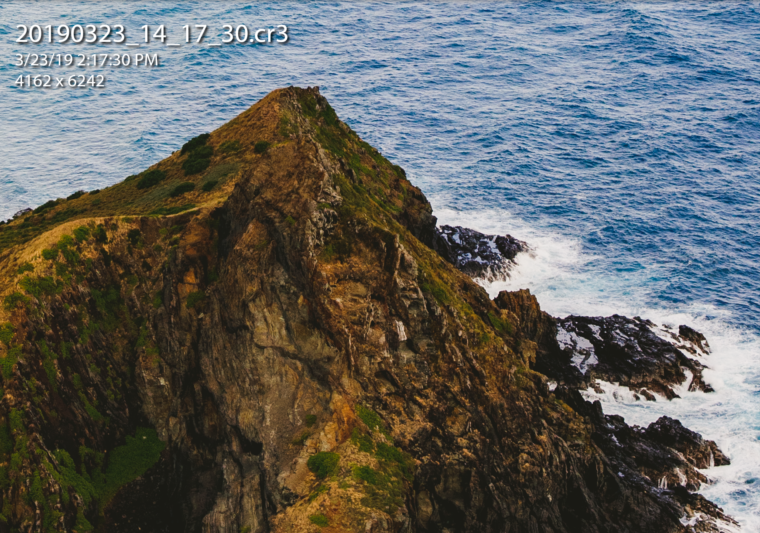 Random double exposure because, why not? 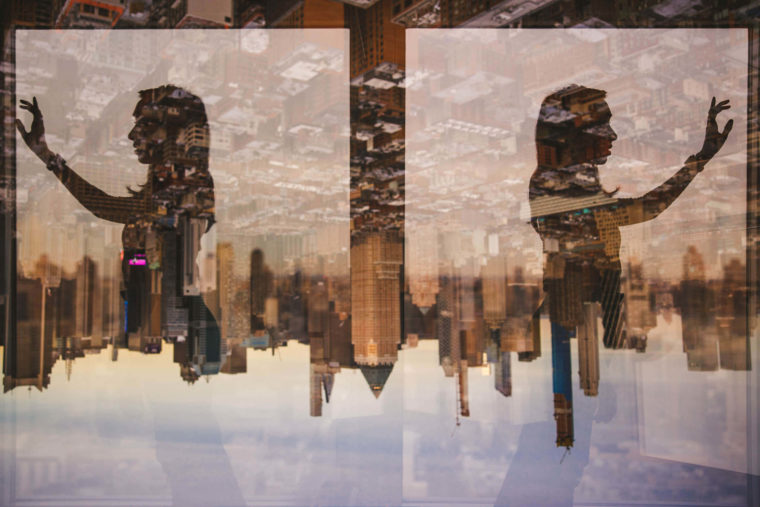 and lastly a great example of how it handles fringing: 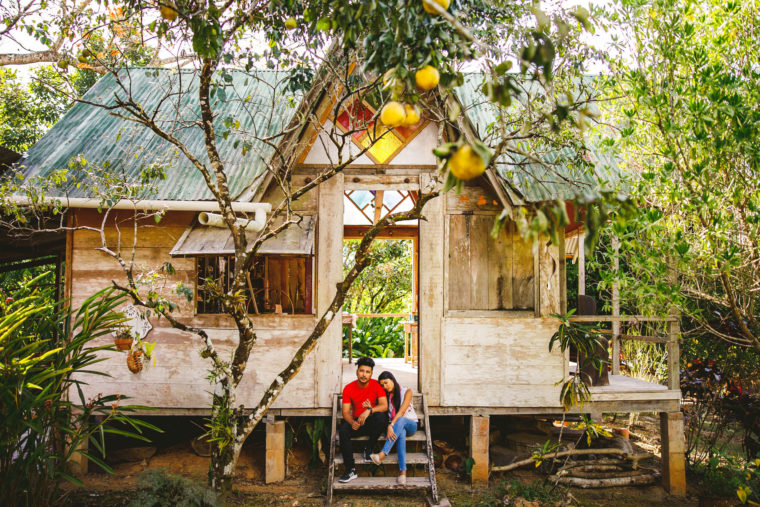 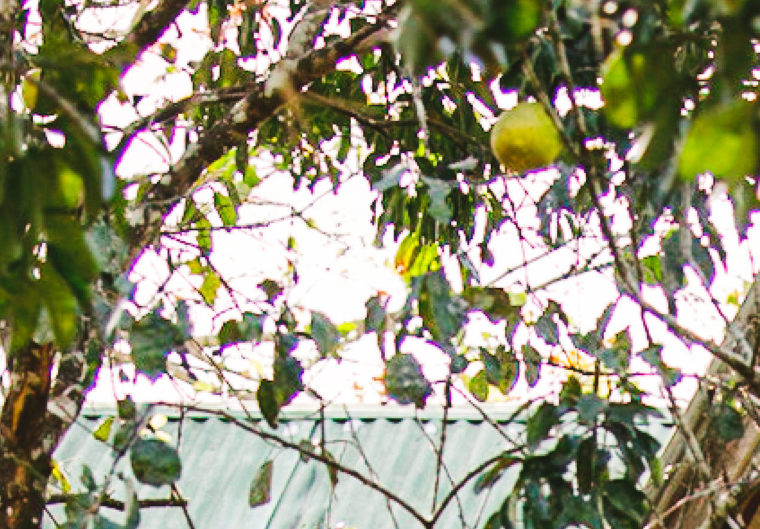 Though it’s a stellar performer its proven really difficult for me to carve out a space in my bag for this lens. I’ve only photographed one wedding with it and I promptly put it away as most of the wedding day was in dark indoor light and nighttime… where f/2.0 just wasn’t going to cut it for me.

For me, it’s a second tier lens – not so much a workhorse. At $3,000 I’m having trouble justifying keeping it around (but for some reason I’m unable to find the will to return it). I suppose it is justifiable as a catch all backup in case one of my workhorse lenses dies on the job?

BUT I can image this being a perfect focal length for two consistently difficult parts of the day… ceremony recessional and reception entrances. That’s about it.

As mirrorless lenses are proving to be consistently more expensive than their DSLR counterparts I really can’t recommend this lens if your primary work is weddings. Elopments/portraits/anything else? Probably. But, only if it’s a tier one lens in your bag. For me, it’s a second tier lens. Unless you work in situations that don’t require you to actually have your camera in your hands for more than an hour at a time it’ll probably be second tier for you too.

Still, I find this lens incredibly exciting. It’s signaling that Canon (and by effect other mirrorless lens makers) is pushing the limits of what they can make a lens do… even if it is right up to the edge of ridiculousness (in terms of size). This lens just wouldn’t have been possible on a DSLR (I’m guessing) and I’m glad to see something new and innovative.

If you’re interested in other reviews and technical write ups like this please take a look at my patreon feed!

Quick Review
4.5 Overall
Pros
Incredible overall look and performance across auto focus, sharpness, bokeh, and render.
Cons
Heavy as a brick
Summary
For me, it's a second tier lens - not so much a workhorse. At $3,000 I'm having trouble justifying keeping it around (but for some reason I'm unable to find the will to return it). I suppose it is justifiable as a catch all backup in case one of my workhorse lenses dies on the job?
Usefulness
Build Quality
Bokeh Render
Sharpness
Focus Speed
Share
Prev Post
Next Post